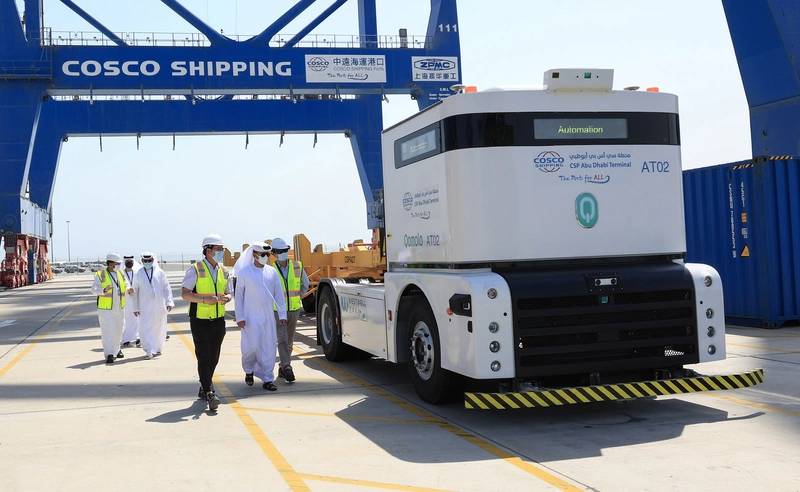 After two months of trial, six electric Q-Trucks will be commissioned by CSP Abu Dhabi Terminal and tasked with supporting mother vessel loading and unloading activities within the facility’s container yard.

Produced by Qomolo, a sub-brand of ShangHai Westwell-Lab Technology Company, the L5 Autonomous Freight Trucks are equipped with a 360-degree sensory system with traffic monitoring and driving guidance system which enables operators to direct vehicles’ navigation and transportation of general and reefer containers with ease. The electric Q-Trucks are powered by a 281 kWh battery, carry a maximum load of 80 tons, and have an operating range of 200km. Capable of operating for up to 44 hours continuously, the vehicle’s electrical systems are further enhanced by a temperature control system that aids in extending battery life in extreme weather.