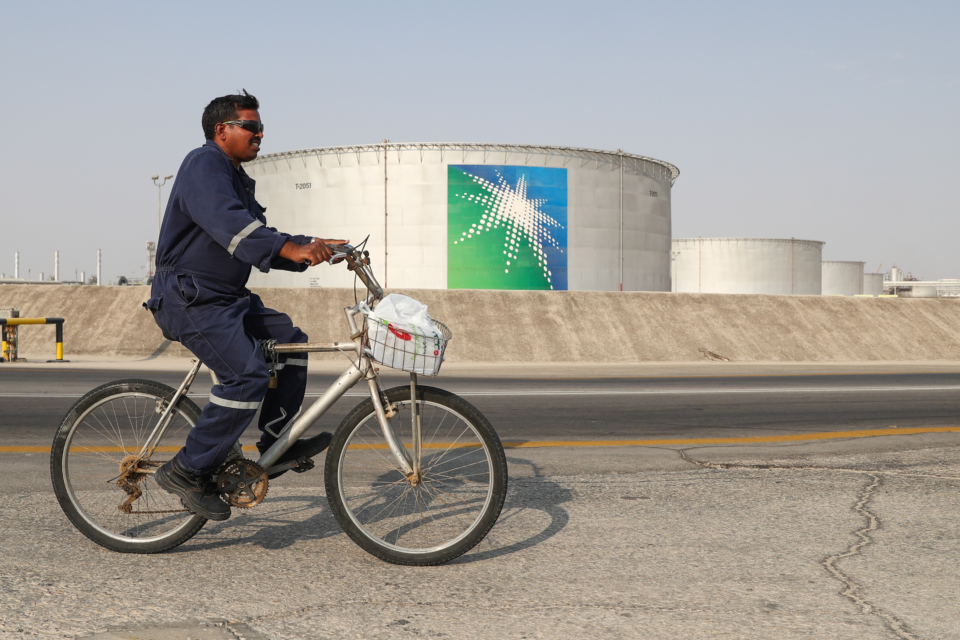 Saudi Arabia has pledged to achieve carbon neutrality by 2060. The kingdom, the world’s largest exporter of crude oil, will nevertheless increase its oil production /Itartass

Saudi Arabia’s ambition is to be carbon neutral by 2060. The world’s largest oil exporter pledged this on Saturday during a Saudi Green Initiative forum in the capital Riyadh, just a few days before the start of COP26 in Glasgow.

The Saudi kingdom, one of the world’s biggest polluters, also said it would participate in international efforts to reduce global methane emissions (among the worst greenhouse gases) by 278 million tons per year or 30% by 2030. To achieve this, the country wants to generate renewable energy and plant trees, among other things.

Saudi Arabia is a relatively large carbon country, emitting around 600 million tons of CO2 a year, more than France but slightly less than Germany (800 million tons). As a result, Riyadh’s 2060 target is further away than dozens of other countries’ 2050 targets, at least on paper, although the timing is in line with that of China and Russia.

As the kingpin of OPEC (Organisation of Petroleum Exporting Countries), Saudi Arabia aims to produce half of its energy from renewable sources by 2030, said Crown Prince Mohammed bin Salman on Saturday. The country would initially plant more than 450 million trees and rehabilitate some 8 million hectares of degraded land.

Saudi Arabia is also committed to creating new protected areas and ensuring that they represent 20% of its total territory. The cost of these investments is estimated at more than 700 billion riyals (about 160 billion euros).

Saudi Arabia currently uses oil and natural gas to meet its rapidly growing demand for electricity and to desalinate its water, which requires vast amounts of oil every day. At the same time, energy giant Saudi Aramco, the world’s largest exporter of oil, is coming under investor scrutiny over its emissions.

In January, Bloomberg reported that the oil company had failed to include data on emissions from several of its refineries and petrochemical plans in its reports. The group this weekend also pledged to be climate neutral by 2050. It is only about reducing its emissions, not those of its customers – “that’s the responsibility of end-users, regulators, and governments,” said Aramco’s PDG Amin Nasser.

Nevertheless, the oil and gas group will invest billions in the coming years to produce hydrogen made from natural gas, combined with CCS (carbon capturing and storage). The so-called blue hydrogen is seen as crucial in the transition to more sustainable forms of energy.

At the same time, the state oil company continues to spend money on increasing oil production. It wants to increase its oil production from 12 to 13 million barrels of crude oil per day.

According to the United Nations, more than 130 countries have set or are considering putting a target to reduce greenhouse gas emissions to net-zero by 2050, a goal the UN says is “imperative” to preserve a livable climate.

However, even among oil-producing countries, a turnaround has been visible for some time. The United Arab Emirates announced earlier this month that it wants to neutralize its CO2 emissions by 2050.

On Twitter, COP26 President Alok Sharma called Saudi Arabia’s announcement “historic” and hoped it would “encourage efforts by other countries”.

Saudi Arabia, good for 10% of the total oil consumption on our planet, states that the world will need oil for decades to come. According to experts, the goal of being CO2 neutral by 2060 is mainly a gesture to the Western world. The latter expects Saudi Arabia to continue trying to frustrate matters such as reducing investments in fossil fuels during negotiations on climate agreements.