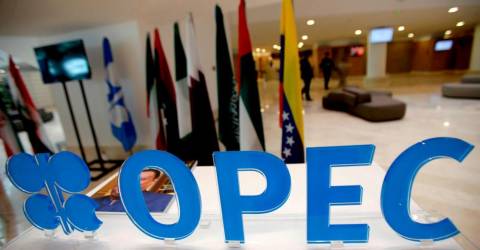 NEW YORK: Oil prices fell about US$1 (RM4.16) a barrel on Wednesday in another seesaw trading session, as investors feared this week’s collapse in Opec+ talks could mean more supply, not less, is on the way.

Crude markets have been volatile over the last two days following the breakdown of discussions between major oil producers Saudi Arabia and United Arab Emirates, signalling investors are unclear on what the Opec+ standoff means for worldwide production.

The Organization of the Petroleum Exporting Countries and its allies including Russia, known as Opec+, have restrained supply for more than a year since demand crashed during the coronavirus pandemic.

The group is still maintaining nearly 6 million bpd of output cuts. It was expected to add to supply, but three days of meetings failed to close divisions between the Saudis and the Emiratis.

For now, that means the existing agreement – which keeps supply restrained more – remains in force. But the breakdown also could lead producers, eager to capitalize on the rebound in demand, to start supplying more oil.

“There’s a growing sense that the Opec disarray isn’t necessarily bullish for prices after all because the real risk is the whole thing falls apart, becomes a free for all, and a lot more oil potentially gets put on the market,“ said John Kilduff, partner at Again Capital in New York.

Russia is now leading efforts to close divisions between the Saudis and UAE to help strike a deal to raise oil output in coming months, three Opec+ sources said.

Saudi Energy Minister Prince Abdulaziz bin Salman dampened concerns of a price war in an interview with CNBC on Tuesday.

Oil prices were also pressured by a rally in the US dollar, which typically moves inversely with crude prices, Kilduff said.

The first of this week’s two reports on US inventories, from the American Petroleum Institute, is out at 2030 GMT. Analysts expect crude stocks to fall by 3.9 million barrels. – Reuters