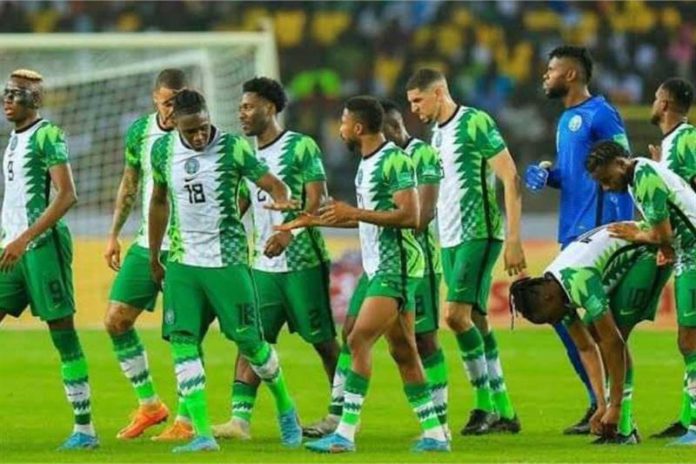 Nigeria set a national record by trouncing Sao Tome and Principe 10-0 in African Cup qualifying on Monday, spurred on by four goals from striker Victor Osimhen.

The victory was Nigeria’s biggest in international soccer, surpassing a 10-1 win over Benin, which was then called Dahomey, in 1959.

Osimhen put Nigeria on its way against Sao Tome and Principe with the opener in the ninth minute and scored his fourth in the 84th minute to make it 9-0. Emmanuel Dennis netted a penalty in injury time for Nigeria’s 10th.

Terem Moffi scored twice and Moses Simon, Oghenekaro Etebo and Ademola Lookman were the other goal-scorers.

The game was played in Agadir, Morocco, because Sao Tome and Principe was one of several countries to be denied the right to play games on home soil by the Confederation of African Football because its national stadium was ruled to be inadequate for internationals.

Sao Tome and Principe was also initially thrown out of the final qualifiers before they kicked off for fielding an ineligible player in a preliminary round, only to win back its place through an appeal. Sao Tome lost to Guinea-Bissau 5-1 in its first qualifier.

Nigeria has also beaten Sierra Leone and is top of Group A after two of six games and on course to qualify for the 2023 African Cup in Ivory Coast. This final qualifying stage will decide the 23 teams to join the host at the tournament next June and July.

The qualifiers take a break after Monday and resume in September.