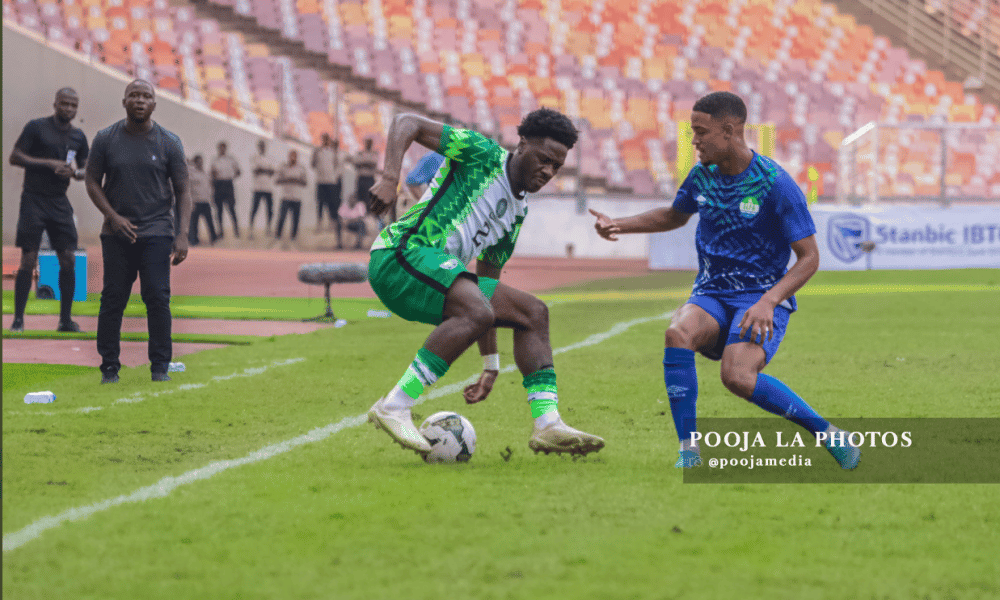 Naija News reports that the AFCON 2023 qualifier games kick-started today at the MKO Abiola National Stadium, Abuja in the absence of fans.

J. Morsay had scored the opener for the visitors before Alex Iwobi netted an equalizer for the Super Eagles in the 16th minute of the first half of the game.

Serie A club player, Osimhen subsequently gave the Nigerian team the lead after netting another goal in the 41 minutes of the second half.

Naija News understands that fans were restrained from watching the match from the stadium as a result of the one-match ban placed on the country by the world football–governing body, FIFA, over the chaotic event that followed the end of the 2022 FIFA World Cup playoff round against the Black Stars of Ghana in March.

The Nigeria team will in their next match battle points with The Falcons and True Parrots’of São Tomé and Príncipe at the 45,000 –capacity Grand Stade de Agadir in southern Morocco.