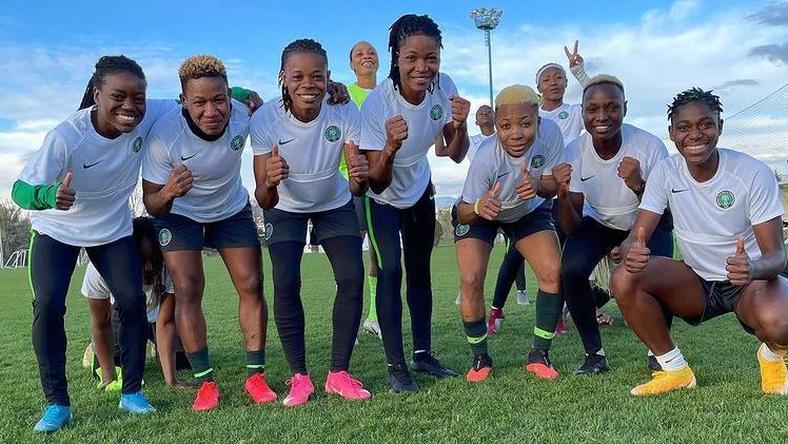 The Gold City tournament is an ungraded competition that the Nigeria Football Federation (NFF) are using to engage the Super Falcons.

In their first game in the tourney, Nigeria’s senior women’s national team got a hard-fought 1-0 win over CSKA Moscow.

These are five talking points from the game

1. First Super Falcons game in more than a year

After a year and about four months, the Super Falcons have finally played a game. The last time that happened before this game in Turkey was the second-leg Olympic qualifier in October 2019.

On that fateful day in Lagos, the Super Eagles could only manage a 1-1 draw against Cote d’Ivoire. A goalless draw in the first leg meant Nigeria would miss the 2020 Olympics.

American coach Randy Waldrum has finally resumed his duties in charge of the Super Falcons almost a year after the Nigeria Football Federation (NFF) announced his appointment.

After naming his first squad, with a lot of help from the NFF (many presume), the coach met his squad for the first time in Turkey where he was also officially unveiled by the NFF.

With very few training sessions with the team just before the game, it is hard to use the match against CSKA Moscow to assess the new coach.

3. How the game went

The Super Falcons dominated the first half with lots of possession, although they let themselves down with lack of coordination in the final third.

Chiwendu Ihezuo scored the game’s only goal in the 18th minute with a simple tap-in from a low cross by Francisca Ordega.

CSKA Moscow Ladies pressed the Super Falcons late on an equaliser but couldn’t find any way past the defence.

Despite the criticism that trailed Onome Ebi’s inclusion in the squad because she is clubless, the veteran defender performed well on the day.

Born in the United States to Nigerian parents, Tony Payne represented the USA at the youth levels but has since committed her international allegiance to Nigeria.

The Sevilla forward made her debut for Nigeria at the game and fared well. She came close to scoring twice before the break but was thwarted by CSKA defenders.

5. How did Asisat Oshoala play?

Captain of the team and Nigeria’s most popular women’s footballer, Oshoala, played all the 90 minutes of the game.

Oshoala should have scored in the 55th minute, but she could only lobby the ball wide from a good position.

Nigeria’s next game in the competition is against Uzbekistan on Saturday, February 20.