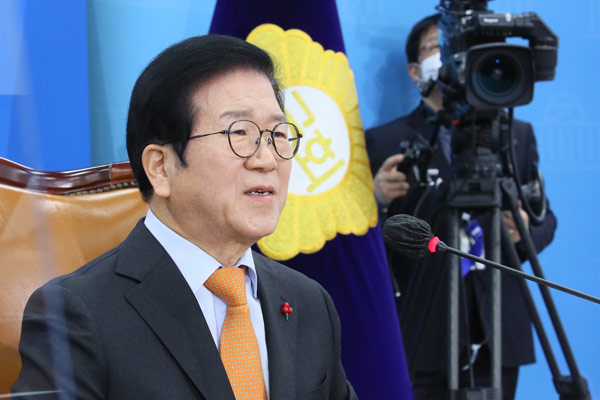 National Assembly Speaker Park Byeong-seug, who is on a tour of the Middle East, met with Crown Prince Mohammed bin Zayed Al Nahyan of the United Arab Emirates(UAE) on Wednesday to discuss strengthening ties.

In a meeting in Abu Dhabi, Park called relations between the two countries a special strategic partnership.

He said the commercial operation of the first South Korean-built nuclear power plant in the UAE is imminent and hoped for more such plants in the future.

He also called for more cooperation in the areas of agriculture and health care.

During the 50-minute meeting, the crown prince said relations between the two sides are very special and the potential for advancement limitless.