Rabat – As the light at the end of the pandemic tunnel becomes slightly closer, Moroccan artist Hassan Hajjaj has wasted no time in resuming the worldwide exhibition of his series “My Rockstars.”

On February 7, 2021, Fotografiska in New York City in collaboration with Maison Europeenne de la Photographie in Paris displayed the VOGUE, Arab Issue series. Shortly after, a second exhibition opened in New York at the Yossi Milo, where Hajjaj’s My Rockstars series is on display until May 29.

The series encompasses a variety of photographs of local models, design, and cultural context from Morocco, the most commonly recurring theme in the artist’s work. Hajjaj consistently draws the focus of his work to Moroccan culture. From using Moroccan cans with Arabic logos to bicycle tires as frames, Hajjaj emphasizes the value of the culture itself, rather than using it only as a “backdrop for photographs.”

In My Rockstars, Hassan Hajjaj pays tribute to the individuals who have inspired him artistically, including a range of international performers and visual artists from Hank Willis Thomas, Lynette Yiadom-Boakye, and Cardi B, to lesser-known music bands like Arfoud Brothers and Nigerian singer-songwriter Keziah Jones.

Since 2000, Hajjaj has photographed individuals throughout the streets of London, Marrakech, Dubai, Kuwait, and Paris in colorful pop-up studios made from Moroccan and North African textiles and plastic mats. The artist designs and styles the outfits, making use of loud colors and dazzling pattern schemes, resulting in larger-than-life personas appearing through the lens of his camera.

Hassan Hajjaj’s playful and exuberant mixed media attracts spectators from across the globe. At the Yossi Milo Gallery, MWN staff came across a British couple who flew into New York to attend his exhibitions, describing his work as “distinctly valuable” and “lively.”

When asked about their impression of the series, the couple replied, “Hajjaj’s pieces are ebullient and in a near post-pandemic world time, works like this undoubtedly mark the spectators profoundly. Hajjaj has always been one to incorporate the most distinctive patterns, styles, and pop colors which makes his work very unique as he emulates the vibrant aura of an entire kingdom and its people. Now just by gazing at his photographs, this sensation is vividly transmitted and it’s almost as if we are transported to his world regardless of all the current constraints.”

Shedding light on Moroccan culture from Larache to London

Having moved to London at the age of 12, Hassan Hajjaj constantly found himself trying to plant his own seed of culture in a foreign territory. In the Vogue issue interview, he specified, “I always wanted to show my friends something from my native country. They came from places like the Caribbean, Brazil, and India,” he said, “places brimming with cultural belonging familiar to everyone: reggae, samba, calypso, rai-music, and more. I wanted them to know that I was also from a cool place, so I created things, graffiti, and scenarios, that I shot with a borrowed camera. Things that mixed the Moroccan with the vibrant London that we all lived in.”

His focus on shedding light on Moroccan culture and heritage is one that is persistent throughout his body of work and in the exhibition at Fotografiska. The artist deliberately chose to display a series that excluded renowned figures, instead focusing on what he deems as his “original models.” These figures surrounded Hajjaj in Marrakech and throughout his life, such as friends, henna ladies, and veiled women on motorcycles.

In an exclusive interview with MWN, he emphasized his aim. He hopes to allow spectators to immerse themselves in the beauty of the country’s culture and heritage through the patterns and fabrics, rather than the titles of the individuals modeling for the photographs.

Indeed, his exhibition at Fotografiska accomplished just that––displaying a multitude of photographs of Moroccan individuals styled with authentic Moroccan textiles and other culture-specific props.

As one of Morocco’s most internationally prominent artists, Hajjaj continues to play a significant role in shedding light on the kingdom’s heritage and culture on the international art scene.

During our interview, the artist revealed his recent collaboration with Amine El Baroudi, president of the Imperial Society of Teas and Infusions (SITI), in launching his brand of tailor-made products called “Jajjah” and investing in an adjoining space of more than 350 square meters in Sidi Ghanem, Marrakech. This space is dedicated to the exuberant world of Hassan Hajjaj and will host a tearoom, a restaurant featuring local street food, as well as an exhibition space and a shop.

“I believe that there are great Moroccan photographers that need to be encouraged and hope that this space serves as a platform to exhibit their work,” added Hajjaj.

With an anticipated opening date set for after the month of Ramadan, Hajjaj is continuously working on both his own exhibitions abroad and providing a space for emerging photographers in Morocco to exhibit their work. 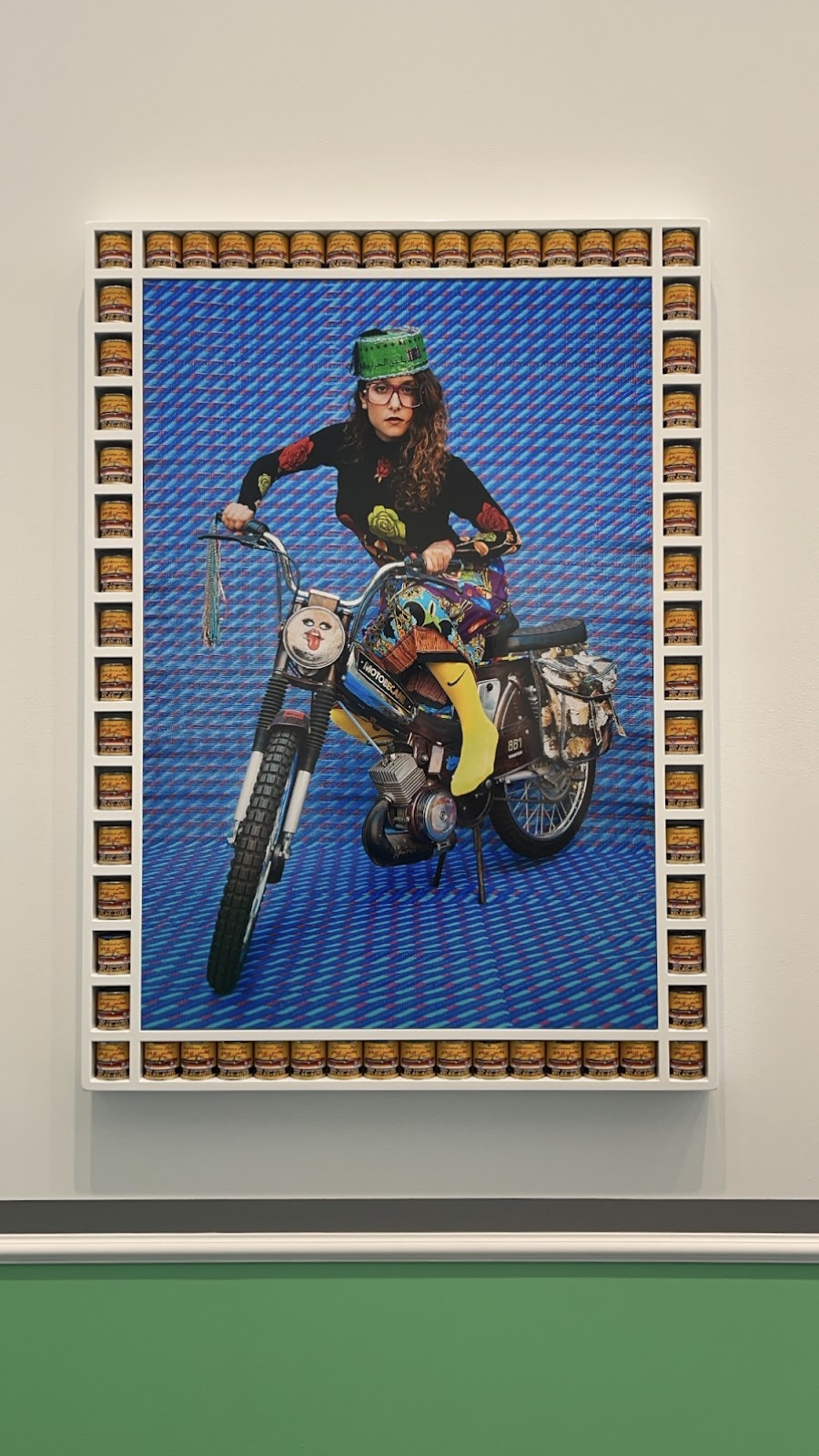 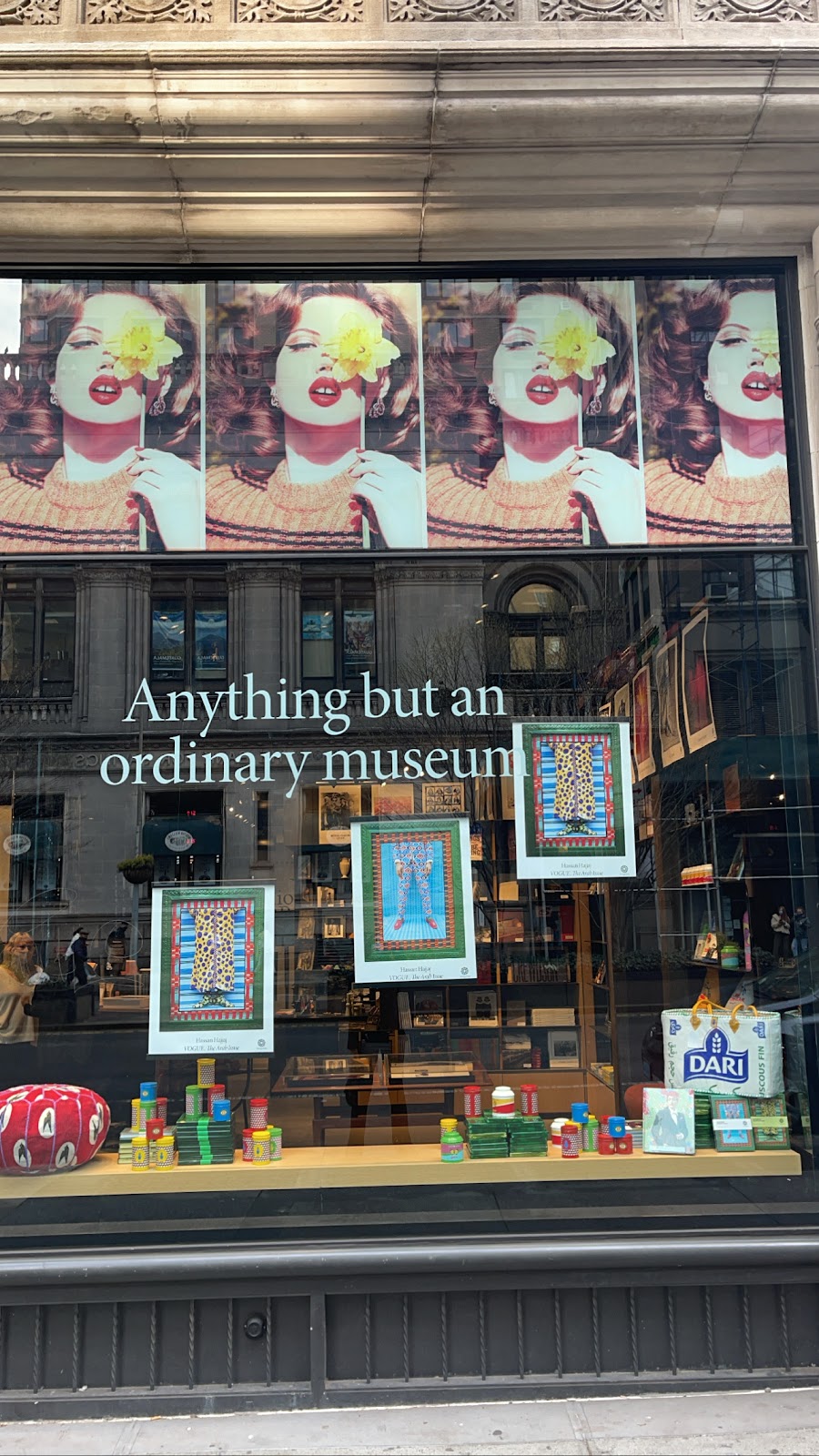 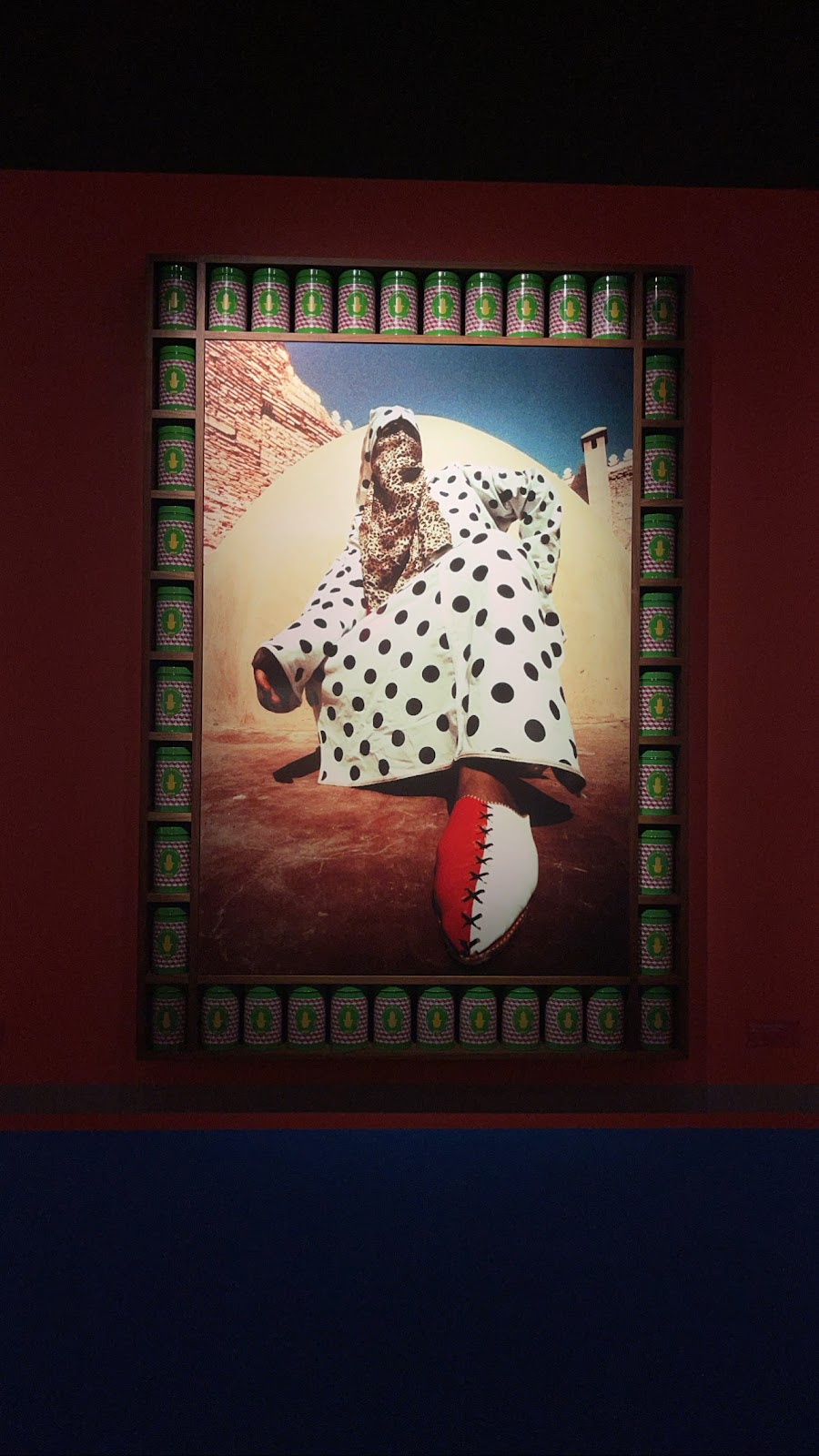 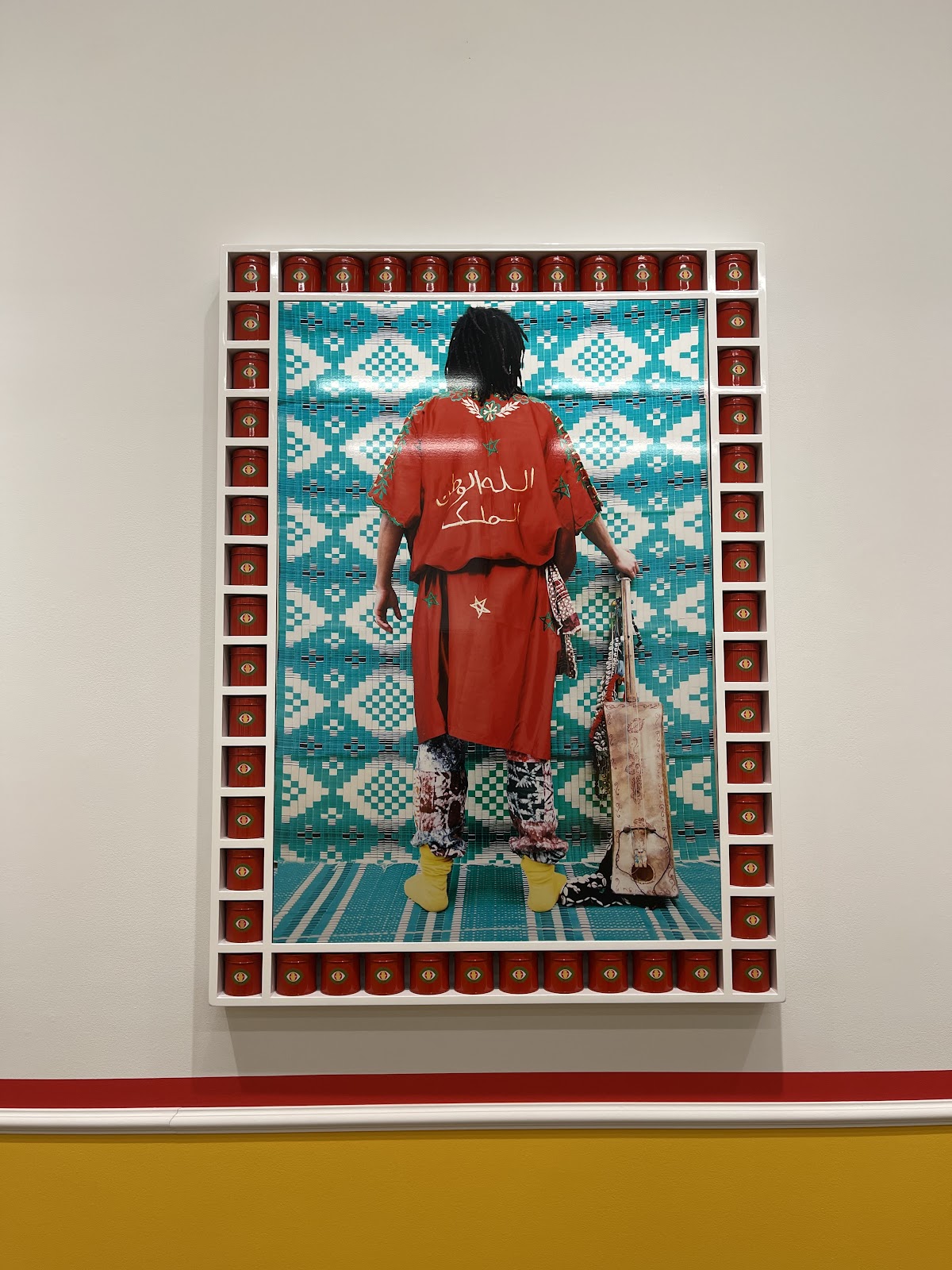 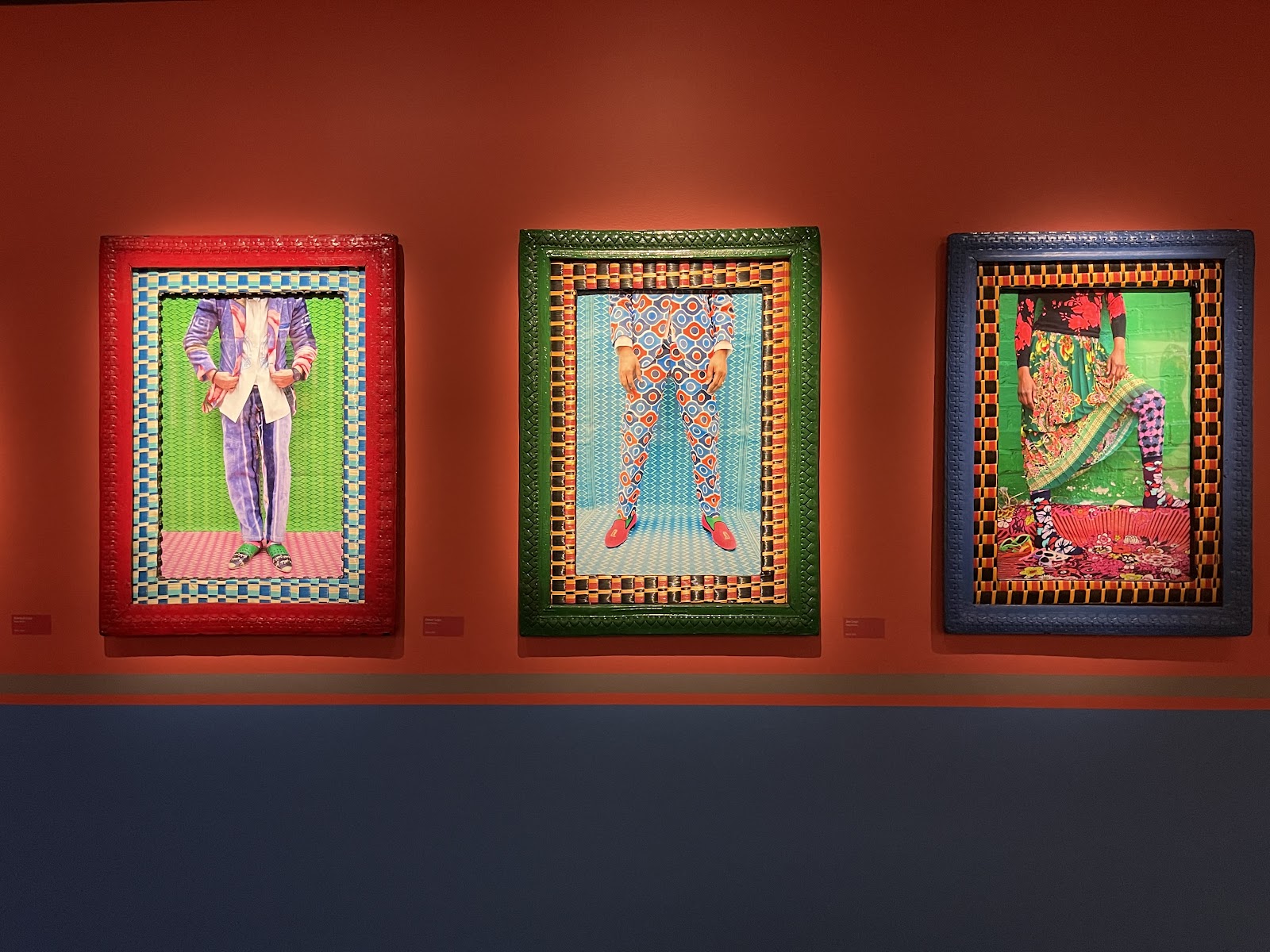