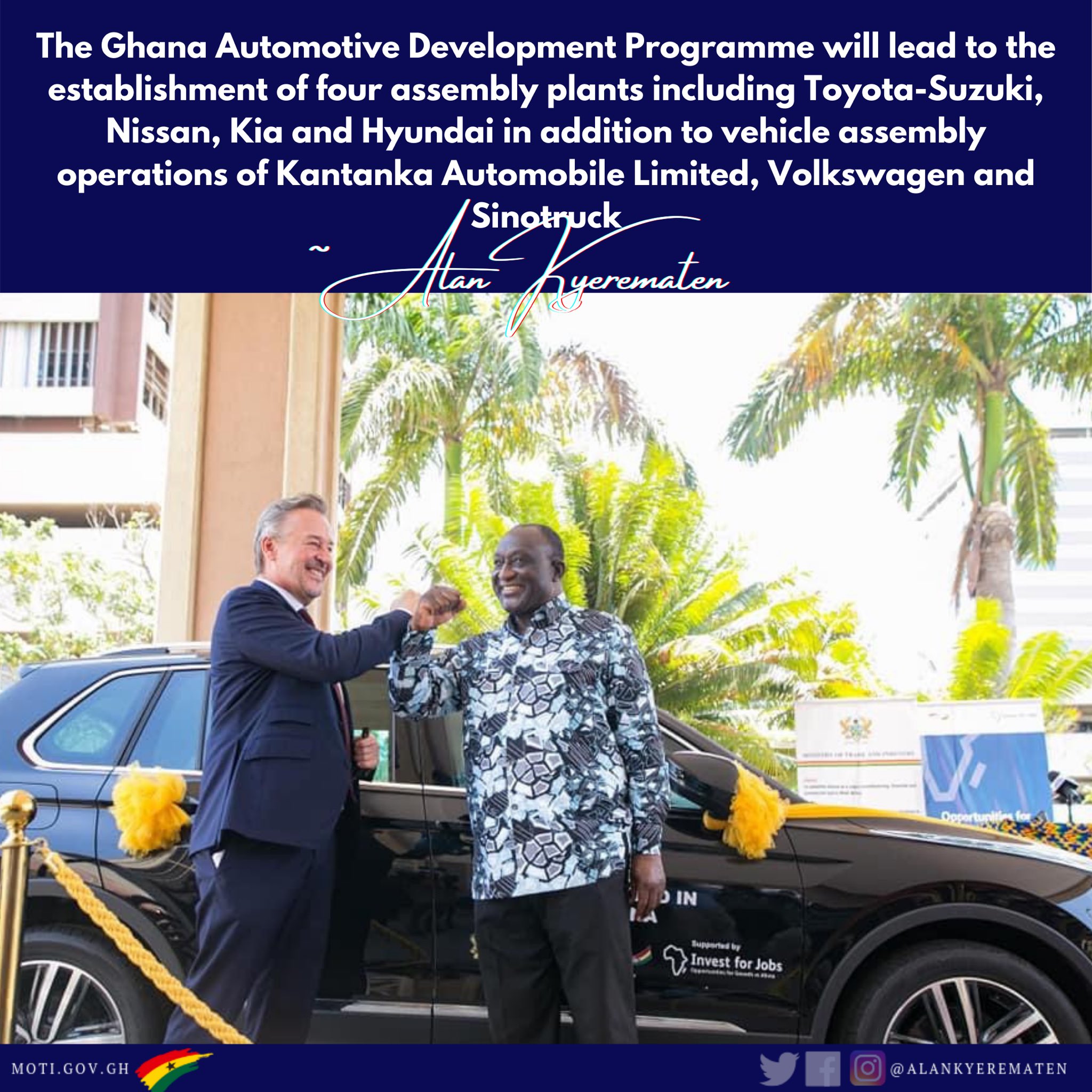 Wale Ameen
Online Editor
Automobile giants, Hyundai and Kia are set to establish assembly plants in Ghana by 2022. The automobile makers will be joining a long list of other auto-makers who have presence in the West African country such as Toyota-Suzuki, Nissan, Kantanka, Volkswagen, and Sinotruck.
This was revealed by Ghana’s Minister for Trade and Industry, Alan Kyerematen via his Twitter handle penultimate. He tweeted on Thursday saying:
“Pleased to announce that Hyundai & KIA are set to establish assembly plants in Ghana by the end of 2022 to join Toyota-Suzuki, Nissan, Kantanka, Volkswagen & Sinotruck. The Ghana Auto Development program = 3,600 assemblies & 6,600 manufacturing parts jobs in Ghana.
“The local assembly of vehicles, 3,600 direct and indirect jobs would be created in Ghana, and the addition of components and parts manufacturing will also add about 6,600 direct and indirect jobs.”
https://twitter.com/AlanKyerematen/status/1385201737632526338?s=20
This comes on the heels of the recent announcements made by two notable brands. Recall that we had earlier reported that social media giant, Twitter had chosen to establish its African head quarters in Ghana as well as that of Amazon announcing its decision to site its African Headquarters in South Africa.
Two years ago, Toyota also chose to look away from Nigeria, choosing instead to establish its assembly plant in Ghana and Ivory Coast despite President Buhari’s plea to consider Nigeria.
More countries are increasingly looking away from Nigeria to cite their African presence and the reasons for this may not be too far-fetched. Inconsistent economic policies which on the long run does more harm than good to foreign investments and insecurity are top on this list.
Following Twitter’s announcement on the choice of Ghana to site its African head quarters, its CEO had cited a number of reasons like insecurity, stifling government regulations and the infrastructural deficit for their decision.
It would appear that Nigeria’s touted economic status as the giant of Africa has not helped in recent times.
This development calls for concern from policy makers and the nation’s political leaders as the nation continues to loose investment opportunities that would otherwise have generated tons of employment opportunities, a good example is that of Amazon which is projected to create over 20,000 jobs both directly and indirectly but which has been lost to South Africa.
Previous articleNews: Emirates to relaunch Mexico City connections in July
Next articleWizz Air Will Fly The Airbus A321XLR From Abu Dhabi In 2 Years