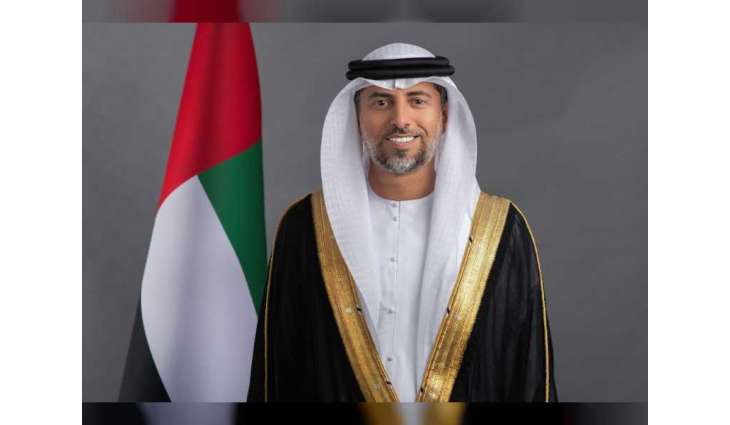 ABU DHABI, (Pakistan Point News – 24th Feb, 2021) Suhail bin Mohammed Al Mazrouei, Cabinet Member and Minister of Energy and Infrastructure, affirmed that the Abu Dhabi Hydrogen Alliance contributes strongly to consolidating the position of the UAE in general, and the Emirate of Abu Dhabi in particular as a reliable global exporter of hydrogen; and that the Ministry seeks, through entering the Alliance, to extend the bridge of international and national dialogue about Hydrogen.

This came on the occasion of the Ministry of Energy and Infrastructure joining the Abu Dhabi Hydrogen Alliance, which was established by Mubadala Investment Company, ADNOC and ADQ Holding Company earlier this year; with the aim of establishing Abu Dhabi‘s position as a reliable exporter of green hydrogen, which is produced by employing clean energy technology; and the blue hydrogen that is produced through natural gas, to international markets, in addition to joining efforts to build a solid hydrogen economy in UAE.

The minister explained that the future tendency of the UAE is based on the exploitation of hydrogen sources for energy, meeting the growing demand for it, and ensuring reliable, affordable and low-carbon energy; and that the Ministry has been following the hydrogen dialogue since 2017, as an observer of the international platforms such as the Hydrogen Council and the International Partnership of Hydrogen and Fuel Cells (IPHE); and participating also in the exchange of knowledge through bilateral partnerships with advanced countries as well as with national stakeholders, which affirms the Ministry’s endeavor to formulate a long-term energy strategy, in which hydrogen has a major role in its various axes.

He added, “The UAE has been a traditional producer of hydrogen and has a great experience in this field. The Abu Dhabi Hydrogen Alliance is gaining great importance at this particular time, and the inclusion of the private sector, research and development and government entities in the alliance is an advanced step in circulating the use of hydrogen as a source of clean energy”. He indicated that the UAE possesses the required natural resources, the technological expertise and political stability required to become a major player in the global hydrogen supply chain.

The minister continued, “The National Energy Strategy 2050 is a major supporter of the UAE’s tendency to produce clean hydrogen, in light of the targets to reach 50% of clean energy by 2050″; and that the UAE has taken various strategies and projects at the national, regional and international levels to face the challenges of climate change, as it realized early the seriousness of the economic, social and environmental consequences of these changes.