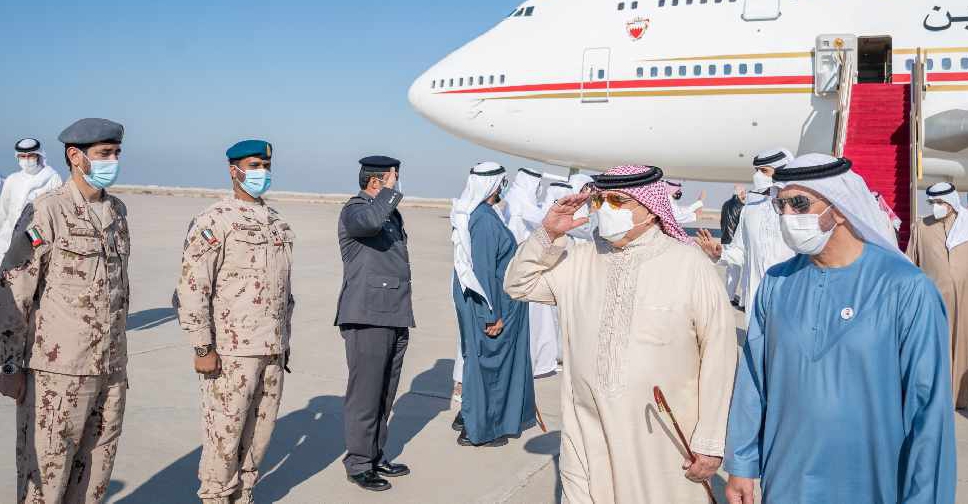 His Majesty King Hamad bin Isa Al Khalifa of Bahrain has arrived on a private visit to the UAE.