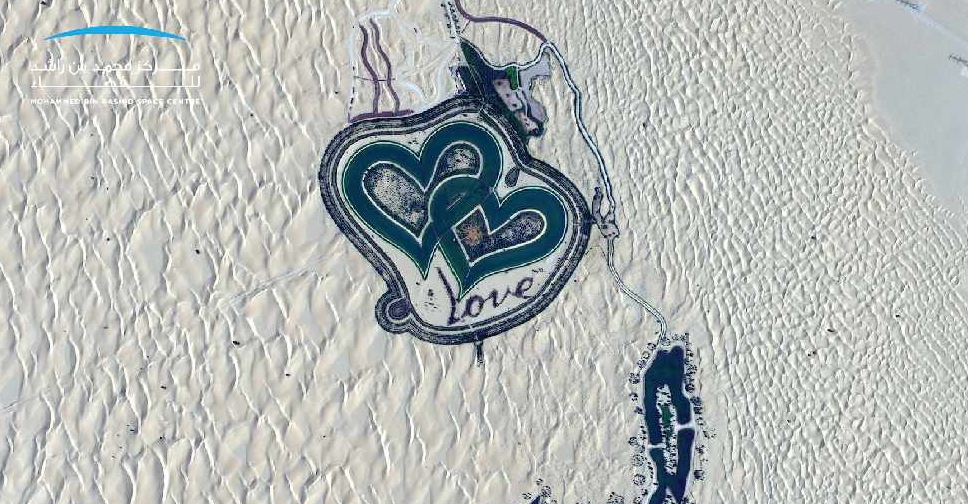 The UAE’s KhalifaSat has captured a stunning image of the Love Lake in Dubai’s Al Qudra area.

The Mohammed bin Rashid Space Centre (MBRSC) shared the picture on its social media platforms, along with the caption, “From Dubai, home of the #WorldsCoolestWinter, with love.”

KhalifaSat was fully developed by Emirati engineers and was launched into space in October 2018.

From Dubai, home of the #WorldsCoolestWinter, with love.

This photo, taken by #KhalifaSat, shows Dubai’s Love Lake, one of the lakes at Al Qudra where the greenery and trees create a unique natural masterpiece. pic.twitter.com/Ojd3l7IcdT