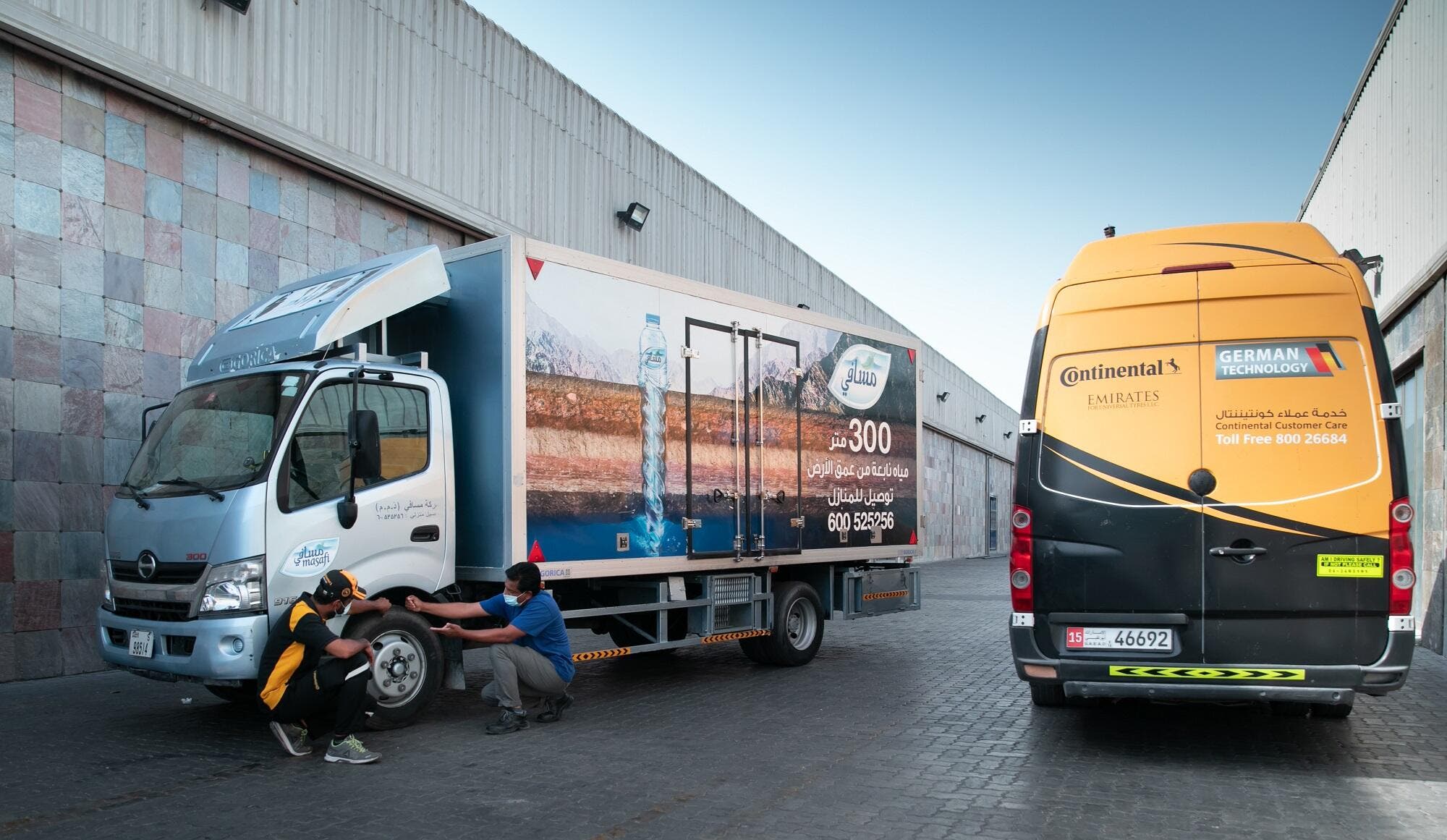 UAE truck drivers have revealed the personal impact of the challenges they face carrying out their work, with 57 per cent of drivers claiming to always or sometimes experience stress during their work according to a new study, and the majority finding that the stress of the job carries over into their personal lives.

The first-of-its kind study, which was carried out by Continental, the premium German tyre company, sheds light on the often-overlooked personal experiences of some of the thousands of drivers who ply their trade on the Emirates’ roads every day.

The stresses of the job affected the majority of those surveyed, with 29 per cent finding it impacted negatively on their personal life. 24 per cent claimed to find it difficult to switch off after completing their work, with 13 per cent suffering sleep deprivation and 10 per cent finding it made them more impatient.

The study also highlighted truck drivers’ concerns in relation to other drivers. When asked how other road users could adapt their driving style to facilitate truck drivers’ own driving experiences, 50 per cent of drivers raised the issue of others maintaining a safe distance from trucks; 37 per cent said they could better observe traffic regulations; and 33 per cent suggested that they could be more considerate of truck drivers.

Emphasising the stressful nature of the job, and importance of supporting truck drivers, the study revealed that half of those questioned had been involved in accidents. When asked what one thing would most improve their ability to perform their job, 39 per cent of respondents mentioned additional training, with 26 per cent proposing more breaks and 17 per cent decreasing the distances travelled. Reassuringly, 74 per cent of drivers said that tyres are the most important aspect of truck safety.

It is estimated that approximately 20 per cent of the UAE automotive market is made up of commercial vehicles (trucks, vans, and buses), with past research shared by the WHO indicating that around 11 per cent of road traffic accidents involved trucks or buses.

“In previous workshops with the Abu Dhabi police traffic department, police officers stated that their main concerns with regards to truck accidents are truck driver fatigue and the poor conditions of the truck tyres,” said Thomas Edelmann, founder of RoadSafetyUAE. “Driver fatigue as well as the causes of stress for truck drivers are often overlooked and hence, I am exhilarated that Continental initiated this campaign to shed light on the importance of truck safety and introduce the human element to this subject. I encourage all truck operating companies to follow Continental’s lead and focus on the importance of this topic”.

The study, which involved speaking to 54 truck drivers from around the UAE, was conducted by Continental as part of its global Vison Zero safety initiative. It follows on from other similar studies conducted by the brand in the Emirates regarding the attitude of parents of children of school age towards their car tyres, and the awareness of tyre safety among new drivers.

As a global leader in automotive technological advancements and road safety, for both passenger and commercial vehicles, Continental’s global Vision Zero initiative aims to totally eradicate road accidents and deliver Zero fatalities, Zero injuries and Zero accidents. The study was commissioned by Continental as part of its approach to delivering Vision Zero through enhancing drivers’ knowledge, attitude and awareness.

Karl Kucera, General Manager of Continental Middle East, commented: “The safety of all road users is a major concern for Continental. We were therefore pleased to discover that there was a strong understanding among the drivers of the critical role tyres play in truck safety. However, our primary objective for this study was to initiate a conversation among fleet operators and the wider public on the challenges truck drivers face.”

He added: “We wanted to help educate people about the personal experiences and stresses experienced by the UAE’s truck drivers, people who fulfil a vital role for the country’s economy. Based on the findings, it is clear that drivers would benefit from a greater focus on training and support with content on how to deal with the stresses they face. At the same time, there answers send a clear message to other road users about the effect their own driving styles can have on truck drivers’ abilities to conduct their work safely.”