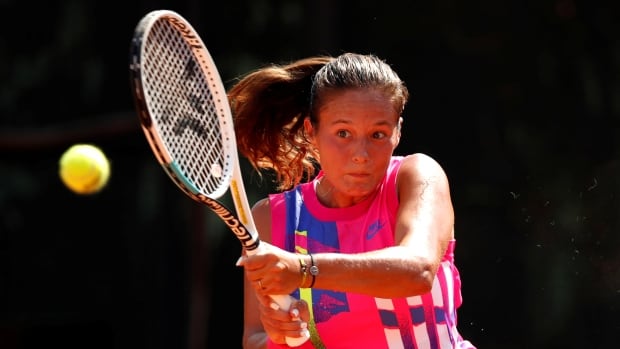 The WTA set up the Abu Dhabi tournament last month to give players more time to prepare for the the Australian Open, which was postponed from its usual January dates to mid-February amid the coronavirus pandemic. It will be the only warm-up tournament outside Melbourne.

After the event in Abu Dhabi, players will either head to Australia on charter flights before entering quarantine, or travel the short distance to Dubai to play Australian Open qualifying.

Kasatkina was the first winner of the new season, beating Wang Qiang 6-2, 3-6, 6-2 after trailing 2-0 in the deciding set. It was the Russian’s first match since October, and Wang’s first since March.

“The first match after a long stop is never easy,” Kasatkina said. “I was not that nervous but I felt my stomach a little bit.”

Kasatkina added she didn’t mind spending time alone, making her better placed than most to adapt to quarantine measures ahead of the Australian Open.

“For many of the players, it’s difficult with the protocols and everything,” Kasatkina said. “I’m OK to sit a long time in the room.”

Sakkari, seeded ninth, faced four break points but saved them all in a 6-4, 6-2 victory over Anastasia Potapova.