To support ongoing conservation efforts, three of the larger turtles were fitted with top-of-the-range satellite transmitters, donated by Sheikh Fahim to track and capture key data. The resulting information will help the team to measure the success of its rehabilitation process and better understand the biology of these migratory species, in addition to offering up further educational opportunities. In addition, all turtles were fitted with microchips so that they can be traced back to the project if found at any time after their release.

The event was particularly poignant for Sheikh Fahim, as earlier in the year he had rescued the large Green sea turtle that he had discovered entangled in fishing line during a free-diving trip. Sheikh Fahim named her Farah and worked closely with the team in her recovery. “Having seen first-hand the damage that can be done to sea turtles, I am extremely proud to act as an Ambassador for the Dubai Turtle Rehabilitation Project and the important work they do in nursing these precious animals back to health and returning them to their natural habitat,” Sheikh Fahim said. Released alongside Farah was a large 50-year-old Green turtle, which Sheikh Fahim named ‘Jumeirah’ in honour of the UAE’s upcoming Golden Jubilee, and the district that has grown and prospered with it. “This turtle is the perfect embodiment of two landmark achievements – two thousand turtles to be successfully rehabilitated and released and the celebration of fifty years of the UAE. It is amazing to think that ‘Jumeirah’ was born at the same time as our great nation and I wish that both continue to thrive alongside each other,” he added.

Both Green turtles were fitted with the trackers, in addition to a Loggerhead which was named Nacar – meaning Mother of Pearl – by the public after a social media competition across Jumeirah Group’s channels. “Our job at the Dubai Turtle Rehabilitation Project is not only to provide critical care and aid in the rehabilitation of injured and sick turtles in the UAE, but also to advance our knowledge of their behaviour, navigation routes and feeding territories,” said Barbara Lang-Lenton Arrizabalaga Director of Aquarium at Burj Al Arab Jumeirah. “Satellite tagging of our rehabilitated turtles is a crucial part of the work we do, enabling us to gather and share data with other global organisations to aid in our understanding of these majestic, endangered species, so we can better protect them in the first place.”

Jumeirah Group has been successfully tending to sick or injured sea turtles since the inception of its dedicated programme, in collaboration with Dubai’s Wildlife Protection Office, the Dubai Falcon Hospital and the Central Veterinary Research Laboratory. With annual rescue figures averaging over 100 turtles, the most predominant species tended to in the facility include Hawksbill and Green turtles, while Loggerhead and Olive Ridley turtles are also occasionally brought in.

To learn more, please visit www.Jumeirah.com/DubaiTurtleProject . In the meantime, stay connected via our social media channels and don’t forget to tag us in your posts#JumeirahTurtles or #TimeExceptionallyWellSpent.

Distributed by APO Group on behalf of Jumeirah Group.

You can view the material here: Images (https://bit.ly/30Adewk)

About Jumeirah Group: Jumeirah Group, a member of Dubai Holding and a global luxury hotel company, operates a world-class 6,500+-key portfolio of 24 properties across the Middle East (including the flagship Burj Al Arab Jumeirah) Europe and Asia, with more properties currently under construction around the globe.

The health and safety of guests and colleagues is Jumeirah Group’s utmost priority. It has implemented a series of protective measures across all of its hotels, while strictly adhering to each market’s respective Government directives. Demonstrating Jumeirah’s commitment to operating its hotels to the highest global standards, 13 of its hotels hold the Bureau Veritas Safeguard Label, with Jumeirah Al Naseem being the first hotel in the world to receive the prestigious certification. The Group is working closely with Bureau Veritas to certify its wider portfolio. 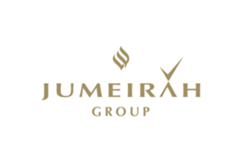