Under the agreement, Cosmo will own a 100 percent stake in the exploration phase, investing up to $145 million towards exploration and appraisal drilling, including a participation fee, to explore for and appraise oil and gas opportunities in the block that covers an offshore area of 4,865 square kilometers northwest of Abu Dhabi city.

The offshore concession award has been approved by Abu Dhabi’s newly formed Supreme Council for Financial and Economic Affairs (SCFEA) and marks the first of such awards endorsed by the SCFEA, ADNOC said. Cosmo was selected after a very competitive bid round. 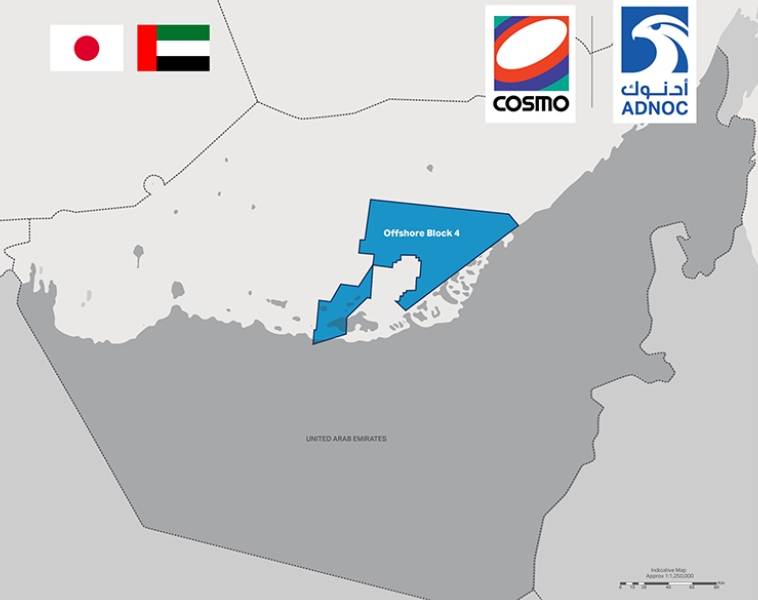 ADNOC CEO Al Jaber said: “This concession award builds on our long-standing relationship with Cosmo and reinforces the deep-rooted and successful strategic relationship between the UAE and Japan, ADNOC’s largest importer of oil and gas products. We are delighted to extend our partnership with Cosmo, particularly as this award underscores, once more, the important role of energy cooperation in enhancing economic relations between the UAE and Japan as we focus on the post-Covid recovery.

Hiroshi Kiriyama said: “We are excited to explore this promising block to unlock the hydrocarbon value by leveraging our expertise and experience. We are also certain that our success in this block can be crystallized by creating the synergies with Cosmo group’s existing oilfields and Mubarraz island which are operated by our affiliate, Abu Dhabi Oil Co., Ltd.”

Japan imports about 30% of its crude oil from the UAE. In January 2020, ADNOC signed an agreement with the Agency for Natural Resources and Energy of Japan for the storage of over 8 million barrels of crude oil at facilities in Japan, extending and expanding the scope of the previous agreement which expired in 2019, the same year ADNOC awarded the exploration rights for Abu Dhabi Onshore Block 4 to Japan’s INPEX Corporation.