Editor’s Note: With so much market volatility, stay on top of daily news! Get caught up in minutes with our speedy summary of today’s must-read news and expert opinions. Sign up here!

Vincent Mascolo, Chief Executive Officer of IronRidge, said “Ongoing results from the current drilling programme have confirmed significant mineralisation potential along the 47km striking Zaranou structure.”. He then added “All newly-drilled targets across the south west of the license area, including very encouraging preliminary results from Yakassé, show significant promise with high-grade drilling results returned and continuity observed between sections.”

Speaking about specifics he said “Our ‘early ounces’ strategy continues to target weathered oxide mineralisation, with initial observations suggesting it continues to average depths of 50m and up to 90m, which we believe is indicative of simple mining and processing at low operational and capital costs.”. There could be more to come and Mascolo said “With only 12km of the 47km of identified strike having been drill tested to date, an additional 8km strike of hard-rock artisanal workings and 27km of soil anomalies remain untested, with the potential to deliver a pipeline of further discoveries along this considerable mineralised structure. Its now clear how long this could take as “AC and RC drilling is ongoing and expected to be completed by the end of January 2021. We look forward to updating shareholders as further results become available.”

The daily price chart below shows that the 16p are could be taken out by the end of the session. This could mean that the bulls may be able to take the share back to the resistance marked by the red line at 20.8. The volume also looks like its picking up which is supportive of the move. 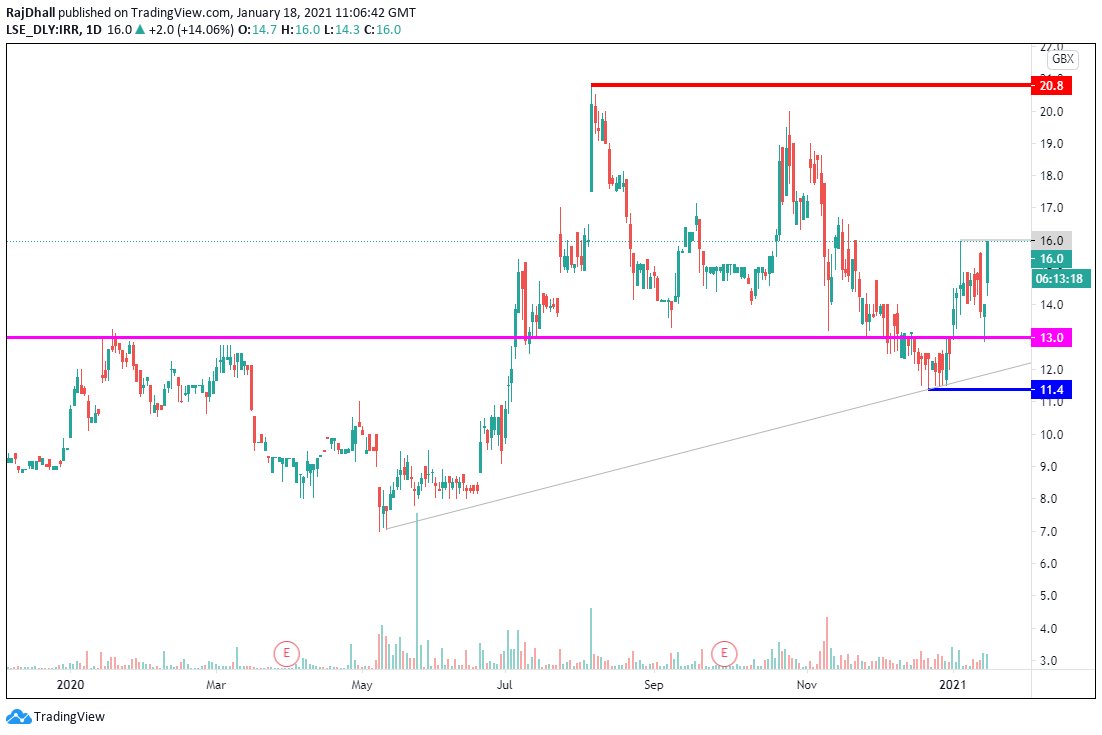