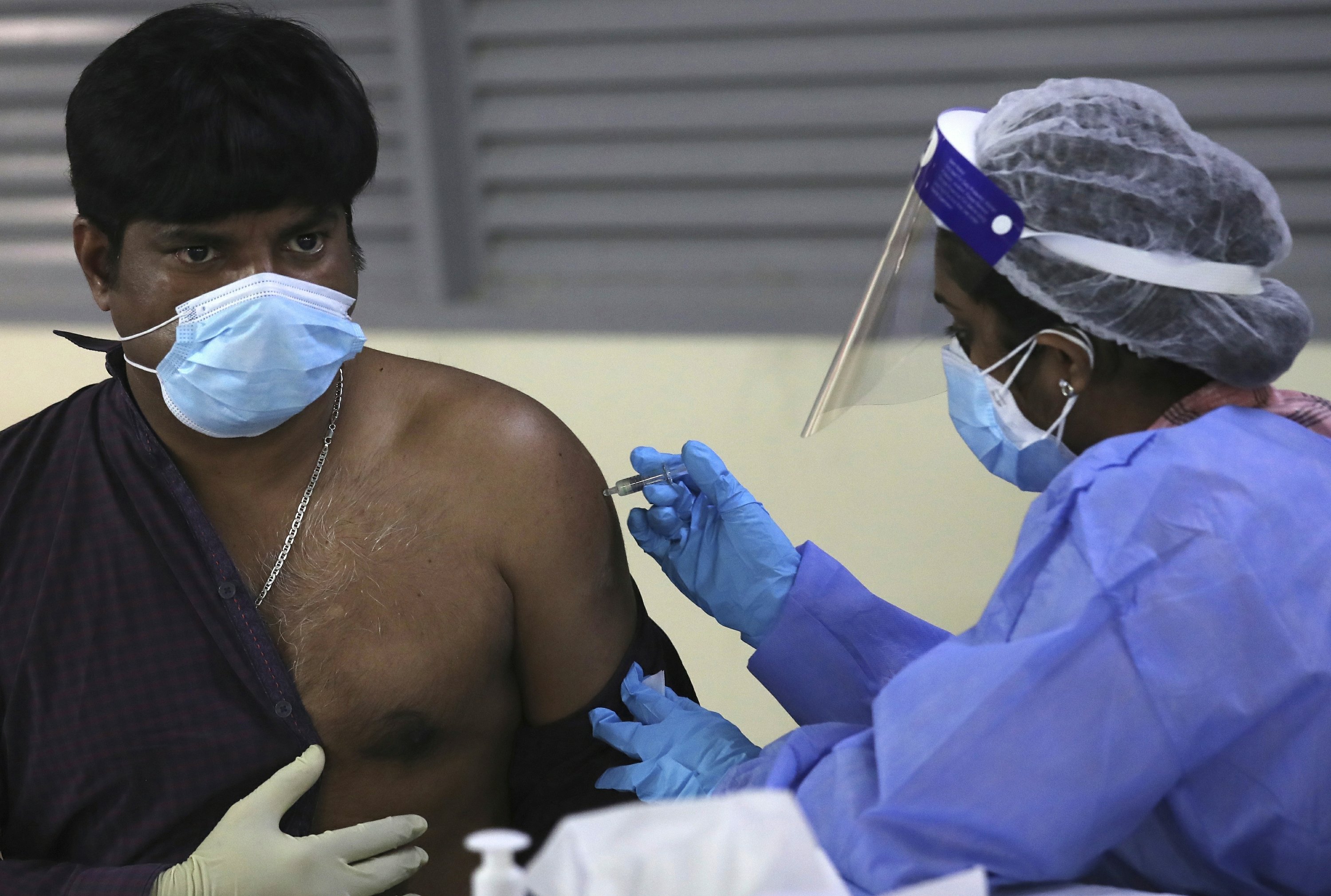 DUBAI, United Arab Emirates (AP) — In normal times, crowds of young Southeast Asian residents would gather outside the Sikh temple in Dubai to pray, or wait for a hot meal.

A core tenet of the world’s fifth-largest organized religion with over 50,000 adherents in the United Arab Emirates is the act of providing free, home-cooked vegetarian food to anyone in need, Sikh or otherwise. It’s a deeply spiritual practice that can also be a lifeline in Dubai, where millions of low-paid workers from Asia, Africa and elsewhere power the service-heavy economy.

But over the past few days, the Sikhs of Dubai have found another way to practice “seva,” or selfless service. Instead of communal prayer and vibrantly flavored basmati rice and dal, they’re providing what has become a coveted prize: 5,000 shots of the Chinese-made vaccine offered to people of all ages and backgrounds. As the coronavirus pandemic surges to previously unseen heights in the UAE, residents are scrambling to get vaccines in the world’s second-fastest inoculation drive.

“We found a lot of people who wanted to take this vaccine and they’re having difficulty,” Surender Singh Kandhari, the temple’s chairman, said.

Kandhari said many front-line medical workers who failed to get vaccinated elsewhere due to shortages and new age restrictions were lining up for shots Monday in the temple’s parking garage. “This is the only way we can serve the community,” he said.

The UAE, with a vaccination campaign that trails only Israel, has administered 4.4 million shots in the country of some 10 million. The UAE didn’t set eligibility criteria when it approved the Sinopharm vaccine for anyone 16 and over, in contrast with many Western countries that have prioritized vaccine distribution based on employment, age or health conditions. Last December, the UAE declared the Chinese-made vaccine to be 86% effective at preventing infection, an announcement that lacked data and other details. Dubai is also offering the Pfizer-BioNTech vaccine, but has much less of it and has only made it available to older adults and those with health issues.

Dubai, which swung open its doors to travelers fleeing tough lockdowns back home, is banking on widespread COVID-19 immunity to salvage its stagnating economy. The worsening outbreak has infected more than 329,000 people and killed 930.

But like elsewhere in the world, logistical problems caught up with the nation’s campaign. Amid a shortage of the Pfizer’s vaccine and skyrocketing virus cases, the government announced Sunday that it would temporarily limit vaccinations to residents and citizens over the age of 60 or those with chronic health conditions. Scores of expats across the country learned that their appointments had been abruptly canceled.

Before the restrictions took effect, the powerful trustees of Dubai’s Sikh house of worship had struck a deal with the Tamouh health care company to administer the Chinese vaccine to thousands — drivers, grocery store clerks, doctors — who may otherwise struggle to get vaccines. The temple started giving out the shots over the weekend.

On Monday, there was a palpable sense of relief as men and women streamed out of the golden temple into the bright winter sun.

“It’s much better to think positive and get the vaccine, whichever one you can get,” said Suleman Yakoob Gangad, a 51-year-old driver in Dubai, recalling the fear he felt when his roommate tested positive in his dormitory-style housing where four workers live packed to a room. “We need to think like that to keep ourselves as well as others safe.”