The Mars Mission has started encouraging youth interested in space exploration to cultivate their passion.

The career opportunities after completing a STEM degree in the U.A.E. were previously constricted and only aimed towards the country’s national development and therefore applied since.

Dr Nidhal Guessoum, 60, is a professor of physics and astronomy at American University of Sharjah who was involved in the first few years of framing and setting up the Hope Probe. He said: “Now, youngsters are encouraged to innovate and to invest in any field of science, not just applied science. This is transformative for the youth of the region because it tells them that we want them to be free, at least intellectually and scientifically and that we will support them.” 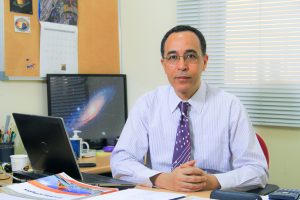 Aadya Agrawal, 20, majoring in Astrophysics and Physics at the University of Michigan Ann Arbour, said: “Part of the reason why I left the U.A.E. after high school to study abroad was because I felt like there wasn’t much for me there in terms of a STEM career.

“As a high school student, I struggled to find internships in the U.A.E. with regard to the space program or anything astrophysics related.”

Dr Guessoum said: “Now there are a number of graduate programmes beginning to emerge right here in the U.A.E. and that is a significant development. If you asked me three years ago, I would have said that there was essentially no graduate school here for science students.

“Anybody who completed a BSC degree would have to go abroad if they wanted to do a PhD or master’s but that is no longer the case.”

The U.A.E. now also has a number of laboratories like the Science Academy for Astronomy and Space Science in Sharjah that was inaugurated in 2015 after the announcement of the Mars mission in 2014, where students can do internships.

Dr Guessoum added: “The space programme in the U.A.E. is now diverse and ambitious and because of that there has been a lot more money going into research centres and labs where people could be trained.

“The ecology of space research has grown very fast and is now almost sufficient to handle all the demands and requests by the students.”

Some of the U.A.E.’s key monuments had been lit up in red in solidarity of the Mars Mission prior to it’s success.