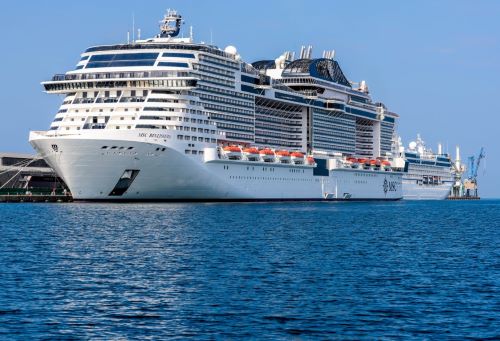 The
news website asserted that the development plans for such a cruise line, which
will be operated according to an agreement signed between Abu Dhabi Ports
Groups and Egypt’s Red Sea Ports Authority, is an actual translation of the
ambitious and long-awaited projects to enhance intra-Arab tourism.

According
to the news website, the cruise line is expected to transport thousands of
tourists from Abu Dhabi, Dubai, and other GCC cities across the Red Sea,
especially with the extreme lack of direct flights to the cities situated along
the Red Sea coastlines and the Jordanian Aqaba. This will also activate cruise
ships, hotels, and resorts of Abu Dhabi, Hurghada, Sharm El Sheikh, and Aqaba
all year long due to the affordability of such cruises and the amusement
travelers experience while traveling across the sea.

Hotelandrest.com
emphasized that the economic revenues will be huge as the cruise line will
attract more tourists from Europe, Asia, and other Arab countries to travel
across the Arabian Gulf to the Red Sea which is known for its rare coral reefs,
mild weather, natural reserves, and luxurious resorts.

In
addition, this line will be competing the European cruise lines across the
Mediterranean, Adriatic, Atlantic, and others, which attract tourists from the
Gulf and the Arab countries to different European-Mediterranean destinations.

According
to the announced agreement, Abu Dhabi Ports Group will develop, operate, and
manage a multipurpose terminal cruise ship in Safaga port in collaboration with
the Egyptian Group for Multipurpose Terminals Company, the commercial division
of the Egyptian Ministry of Transportation.

The
news website stated that operating the cruise line that links the coastlines of
Abu Dhabi, Hurghada, Sharm El Sheikh, and Aqaba, and conducting the necessary
developments to enhance tourists’ experience, will create an unprecedented
tourism activity and provide more work opportunities. It will also promote
commercial and industrial activities across the Red Sea region.