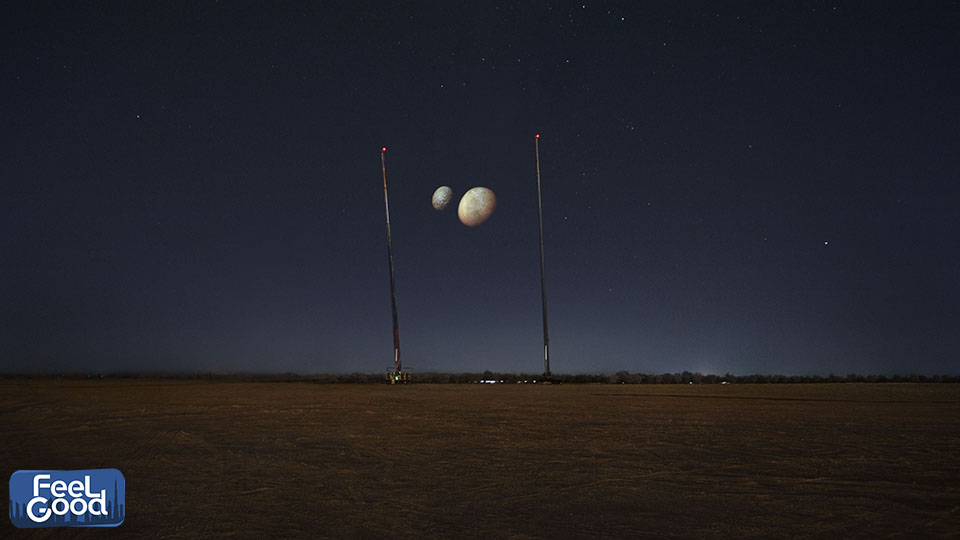 Phobos and Deimos, the two moons of the planet Mars appeared over Dubai skies as part of a campaign to celebrate the Hope Probe.

Organised by the UAE Government Media Office, the Martian moons were projected in the sky using a cutting-edge technology. Two giant 100-meter cranes and an advanced 40-meter screen have been used to make the moons appear realistically in the sky and visible from long distances.

The idea was to create a way that allows everyone to see what the Hope Probe is capturing 500 million miles away.

Millions of people in the UAE, the Arab region and the rest of the world are anticipating the historic moment when the Hope Probe is due to complete its journey to orbit the planet at 7:42 pm.