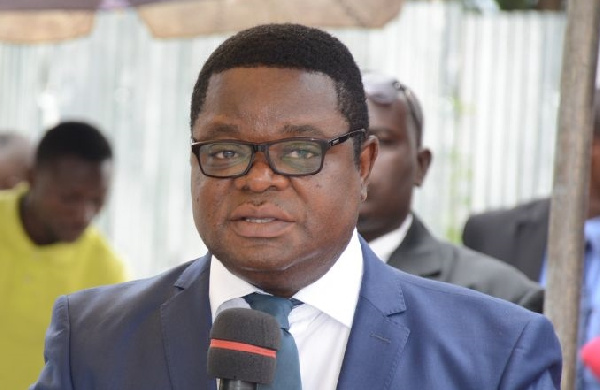 The International Monetary Fund’s (IMF) classification of Ghana as a Low-income economy is a narrow way of defining a country’s economic status, Professor Peter Quartey has said.

Prof Quartey, who is the Head, Economics Division, Institute of Statistical, Social and Economic Research (ISSER), University of Ghana, said just looking at the fiscal data, revenue, expenditure, and debt to GDP did not tell the total story of a country.

Prof Quartey reacting to the current IMF’s classification of Ghana as a Low-Income Developing Economy in its April 2020 World Economic Outlook, said compared to the World Bank classification, it looked at a country’s per capita income.

He said Ghana was not alone in that classification, in there was Nigeria, Kenya, Senegal, Zimbabwe, Malawi, Mozambique, Ivory Coast and many other countries were in the low-income attribute.

He said even the UNDP had gone beyond income, where they look at the human development in-depth and in that category, Ghana was in the middle category and not high Human Development Index category.

“We should not confuse this, it is a narrow way of looking at it,” he added.

Prof Quartey said as a country, “we are very much aware that our revenue to GDP ratio is below the sub-Saharan African average and we need to mobilise more resources.”

He said government needed to focus more on resilient economic sectors and also their recovery, looking at the country’s growth projections, it was projecting a modest growth rate that was quite respectable across the region and even across the globe.

The Head of Economics Division of ISSER said the country should not just focus on its debt, revenue, expenditure and deficit but rather it should look at the economic growth, economic progress, and human development in terms of access to education.

He said if government borrowed to spend, it was a problem but not too much of a problem though because “we have to consider the broader picture, what benefit is that going to yield to the economy.

“Borrow but borrow responsibly and invest into productive activity that will be able to pay off the loan.”
Read Full Story