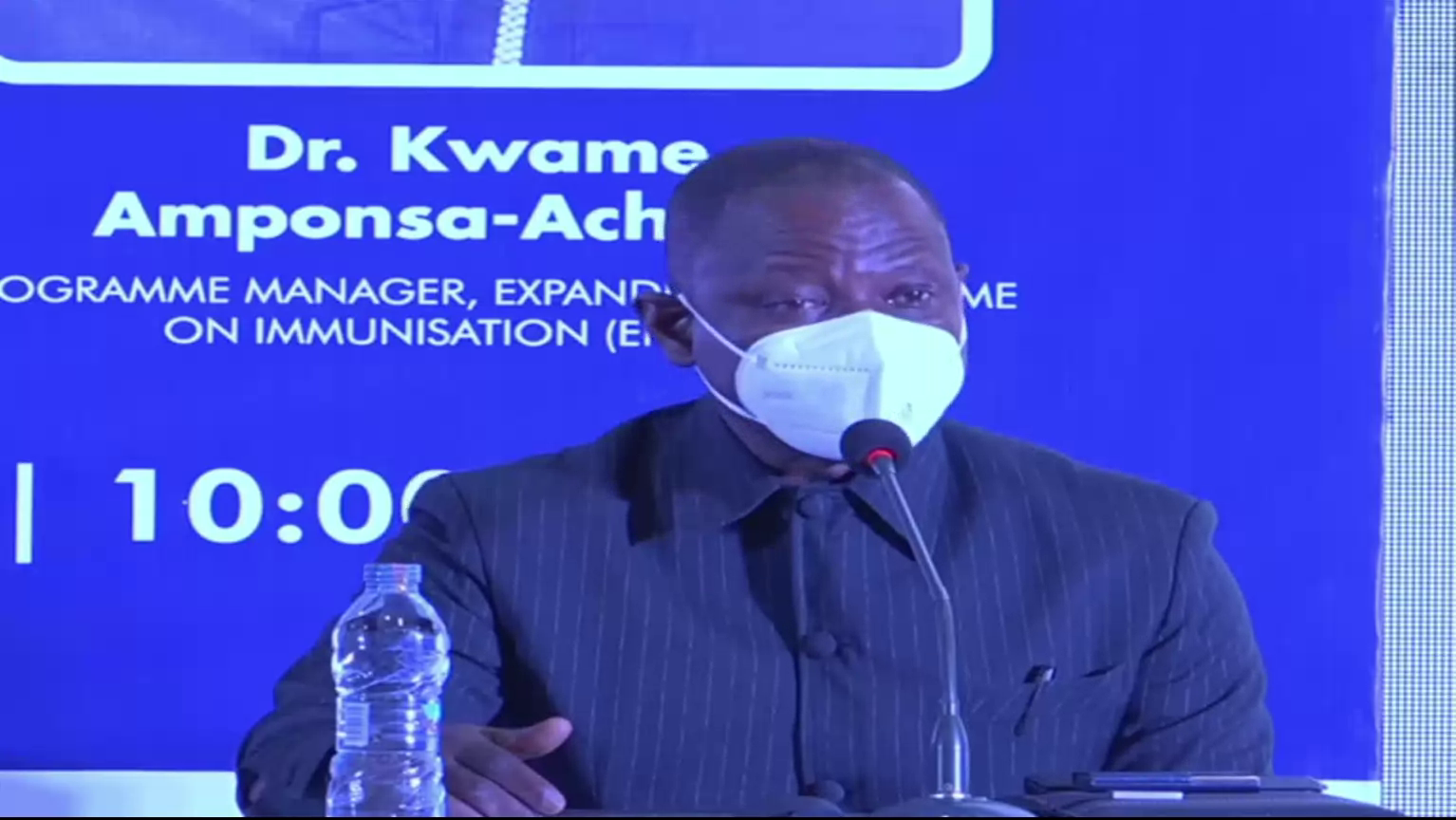 The Director-General of the Ghana Health Service (GHS), Dr Patrick Kuma-Aboagye has confirmed that no case of Ebola has been recorded in the country since its outbreak in Guinea.

“There’s an outbreak in Guinea. It’s not yet in Cote d’Ivoire. And it’s not in Ghana, but we need to be worried,” he said.

He said this Friday, during the Covid-19 vaccination roll-out plan which was organised by the Ministries of Health and Information.

Dr Kuma-Aboagye disclosed that the GHS has issued an alert for all the 16 regions to be on the lookout.

He said they have been advised to activate all the public health emergency systems to include Ebola since those are the same systems that are being used in the Covid-19 fight.

“We also public education on Ebola using the media and other platforms to be enhanced at all the regions.

“And that we also have included that is part of the emergency committee meetings which happens in all districts of the country with the DCEs among others,” he added.

On February 14, the World Health Organization (WHO) declared a new Ebola outbreak in Guinea, with three confirmed Ebola cases, including one death.

In a statement released by WHO, it said Sierra Leone, Liberia Cote d’Ivoire, Mali, Senegal as well as other countries at risk in the sub-region.

The Organisation said it will be beefing up community surveillance of cases in their border districts as well as strengthening their capacity to test for cases and conduct surveillance in health facilities.