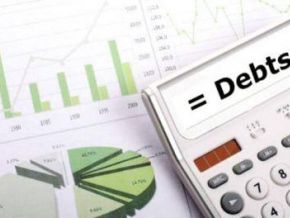 (Ecofin Agency) – Last year, the overall debt of frontier markets across the world increased by $120 billion to $3btrillion, according to figures provided by the Institute of International Finance (IIF). The top 3 countries that made the debt level increase include Côte d’Ivoire, Bangladesh, and Romania.

The IIF analysis, which focuses on the debts of various economic agents, showed that the amounts owed by the Ivorian government represented 37.9% of the country’s GDP at the end of 2019 and 41.7% at the end of 2020. There was a decline in household debt from 6.2% of GDP to only 4.4% over the period. The debt of non-financial companies fell from 16.6% to 15.7%.

The debt level begins to weigh on the country’s ability to meet the expectations of its population. In 2020, debt service -the budgetary resources allocated to the repayment of previous loans and payments due- was CFA1,960 billion and represented 40.2% of domestic revenue. For 2021, the amount is expected to rise to CFA2,132.7 billion, of which CFA1,072 billion is domestic debt and almost the same for external creditors. This represents 54% of the domestic budgetary resources collected by the State.

Additional pressure on the public debt could weigh on the country’s overall debt. The Ivorian government is a major economic player. If it were to experience difficulties in meeting its commitments, this could lead to knock-on effects that could result in increased debt for both households and non-financial firms.