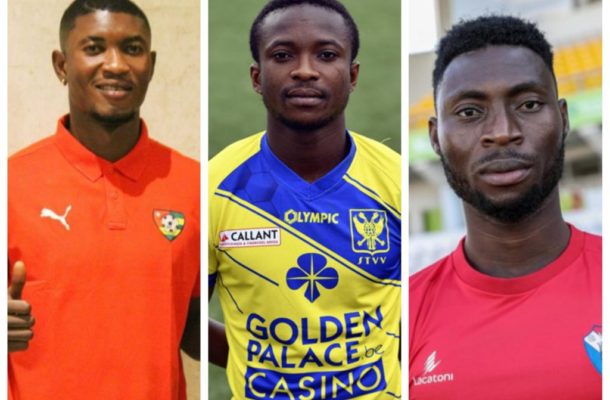 Four Ghanaian players have been named in the Togo squad for the upcoming 2023 African Cup of Nations qualifiers next month.

The Hawks of Togo will face Eswatini and Cape Verde in the qualifiers for the AFCON which will be held in Ivory Coast next month.

Goalkeeper Steven Foly Mensah was born in Germany to a Ghanaian father and a Togolese mum and played for Togo at the U-23 level before being promoted.

The 19  year old goalkeeper plays for the lower tier side Hamburg SV II.

Ghanaian midfielder Samuel Asamoah decided to commit his international future to Togo after waiting in vain for a call up to the Black Stars of Ghana.

The 27 year old who currently plays for Romanian side FC U Craiova 1948 was born in Accra to a Ghanaian father and a Togolese mother.

After waiting without success to play for the more illustrious and decorated Black Stars, Asamoah has pledged his International allegiance to the country of his mother.

Kennedy Boateng was born in Ghana, and has a Ghanaian father and a Togolese mother.

He was called up to represent the Togo national team in November 2021 but made his debut for Togo in a 3–0 friendly win over Sierra Leone on 24 March 2022.

Defender Emmanuel Hackman was born in Ghana to a Ghanaian father and Togolese mother and was called up to the Togo national team for a set of friendlies in March 2022.