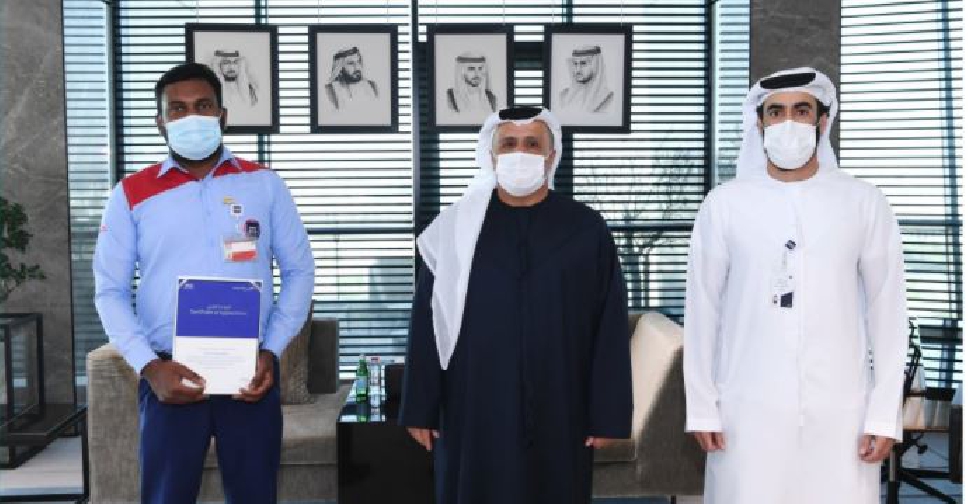 Four bus and taxi drivers in Dubai have been honoured for their honesty and good morals.

One driver, Firos Charupadikkal, took immediate action to secure and hand over a bag containing valuable items to a tourist who left it behind in the taxi.

The three bus drivers Hassan Khan, Aziz Rahman and Hussein Nazir took the initiative of helping a lady whose vehicle broke down on the road and replaced a defective tyre.

“We pride ourselves on having employees with such integrity and morals in the RTA. The four drives conducted themselves properly in dealing with the public, be it in upholding the principles of integrity or lending a hand to people in need. This sort of conduct underscores our confidence in the loyalty, integrity and good manners of our staff in public transport means that lift thousands of passengers each day. Such a practice will boost the public confidence in using public transport and taxis in Dubai,”  Mattar Mohammed Al Tayer, Director-General, Chairman of the Board of Executive Directors of the Roads and Transport Authority (RTA) said.

HE Mattar Mohammed Al Tayer, Director-General, Chairman of the Board of Executive Directors of the Roads and Transport Authority (#RTA) honoured four drivers of RTA’s public buses and taxis in recognition of their honesty and good morals in dealing with the public. pic.twitter.com/lg8cnWsJJF