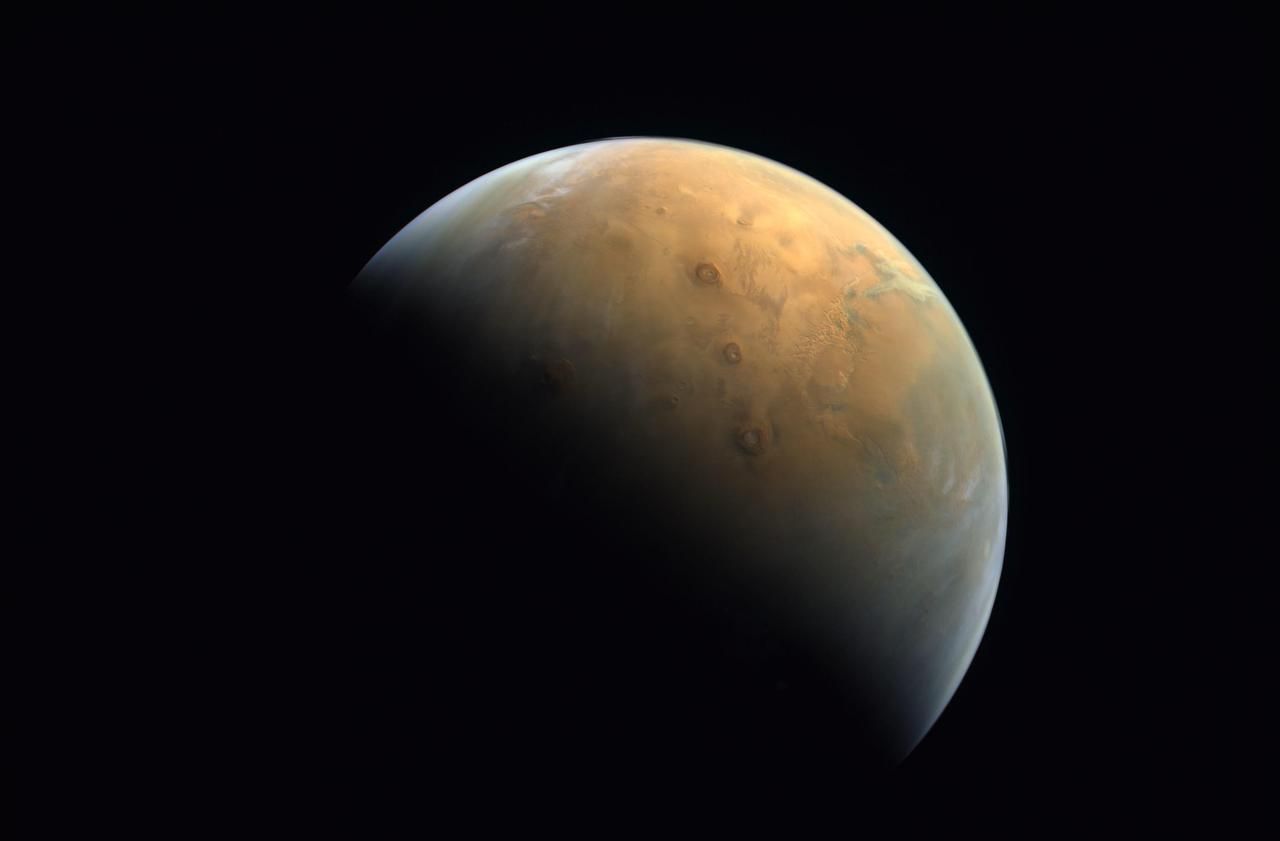 It’s the largest volcano in the solar system, Olympus Mons, and three other volcanoes that emerge in early morning sunlight.

The image was taken on Wednesday, a day after the Emirates successfully placed their probe around the orbit of Mars, becoming the first Arab country to achieve such a feat.

This first photo comes from the probe “Hope” (“Amal”, hope in Arabic), announced this Sunday the national space agency.

“The first image of Mars taken by the first Arab probe in history,” tweeted Mohammed ben Rached al-Maktoum, Emir of Dubai and Prime Minister of the country.

Objective: to establish a human colony there

The probe is designed to provide a complete picture of the meteorological dynamics of the planet.

But above all, it is a step towards a much more ambitious goal: the establishment of a human colony on Mars within 100 years.

2021, a space odyssey: the ten highlights of a thrilling year

Unlike the Chinese Tianwen-1 and American Mars 2020 missions, “Hope” will not land on the Red Planet.

It is due to use three scientific instruments to monitor the Martian atmosphere and is expected to begin transmitting information in September, data that scientists around the world will have access to.

Why are so many missions sent to Mars?