On Tuesday, a statement attributed to Bola Tinubu, a chieftain of the All Progressives Congress (APC), saying he would turn Nigeria to Dubai if elected president in 2023 was circulated on social media.

After so much speculations, Tinubu, on Monday, formally announced his intention to contest for the 2023 presidency.

Some social media users later quoted him to have said he would turn Nigeria to Dubai if he is elected the president. 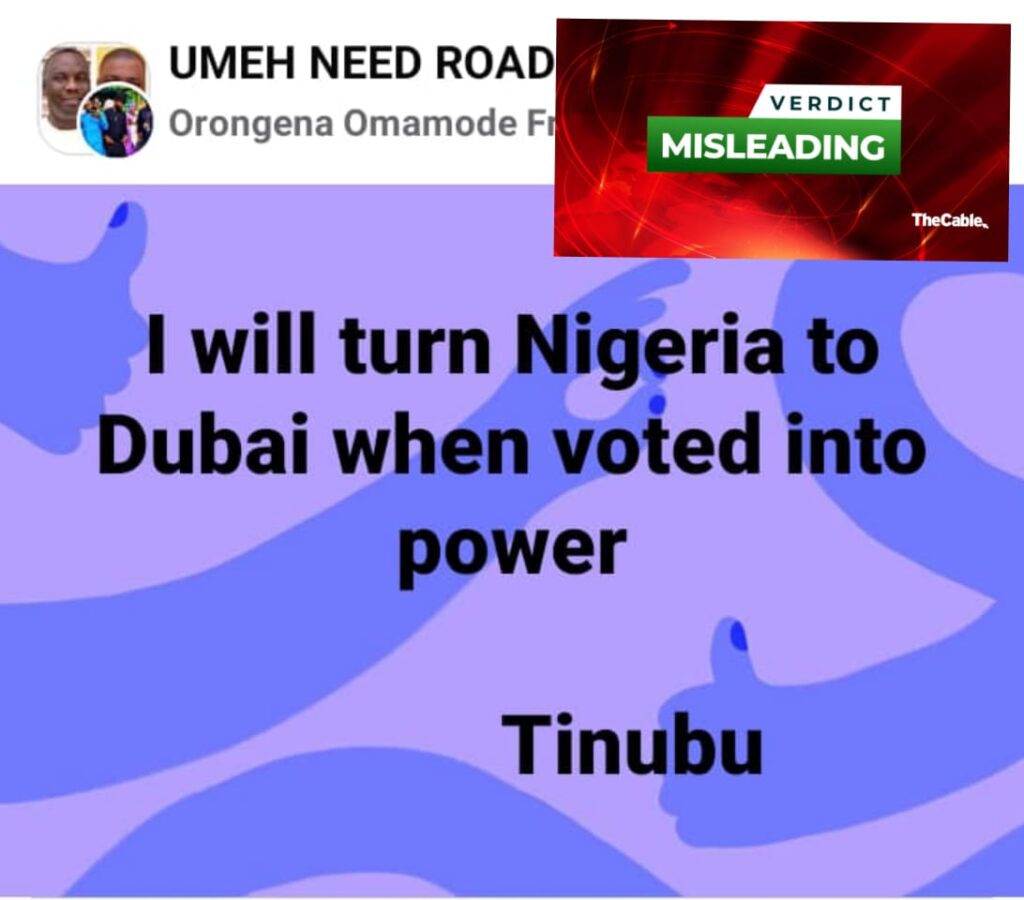 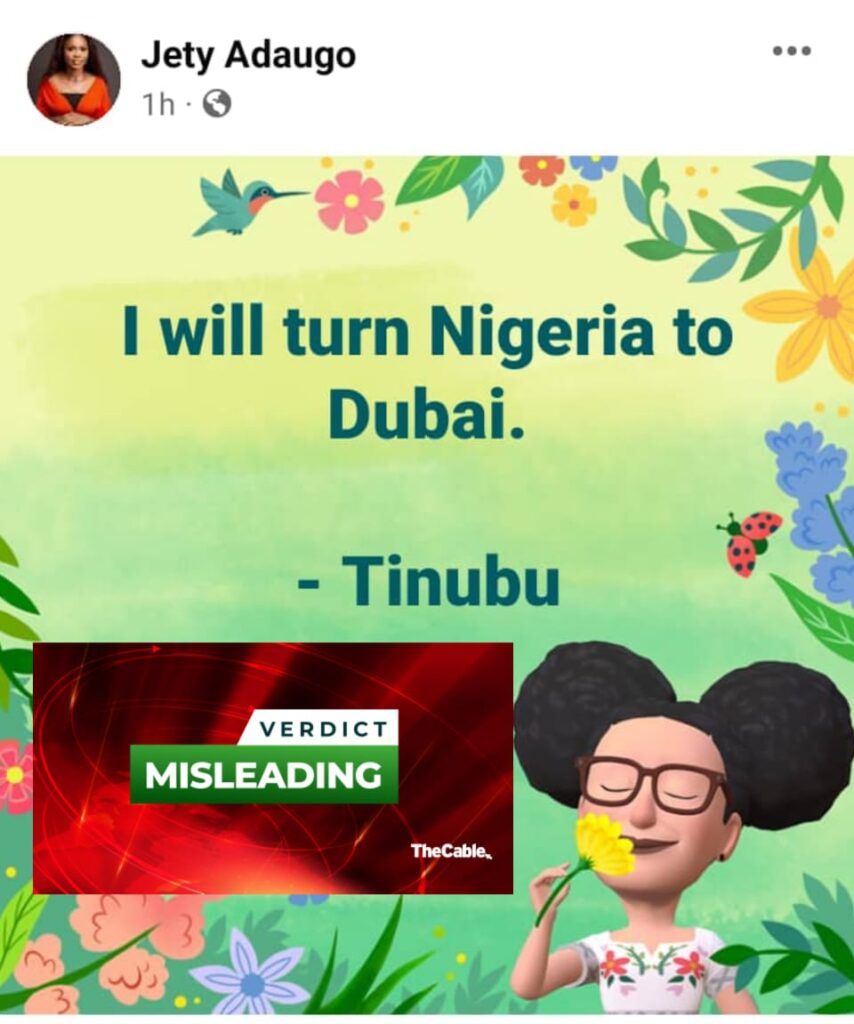 Daniel Song, a social media user, shared the post on Sound Mind, a Facebook group with over 124,000 members. The post generated almost 700 comments, 590 reactions and 41 shares.

Also, Naija Styles and Beauty, a Facebook page with over 245,000 followers, posted the claim. The post has attracted over 1,000 reactions, 860 comments and 41 shares.

A Twitter user, @JusticeSociety4all with over 14,000 follower, also tweeted the quote.

I will turn Nigeria to Dubai.
– Tinubu

Me: no be only Dubai na Dusell

I will turn Nigeria to Dubai.
– Tinubu

Una no fit finish rail line in 12years for Lagos. Nonsense and ingredient..

I will turn Nigeria to Dubai.
– Tinubu
Me: this is someone who could not turn Lagos to Johannesburg

Several checks on previous statements made by Tinubu showed the former Lagos governor did not make such statement.

A keyword internet search by TheCable gave no result on where or when the APC chieftain made the statement and none of the users who posted the statement indicated their source(s).

In an interview with TheCable, Tunde Rahman, Tinubu’s spokesperson, said he is not aware of his principal making such a statement after declaring his intentions to the president.

“I am not aware. What I know is that two days ago, he told the state correspondents that he has consulted the president and he has informed him of his ambition and he’s also going to go ahead and tell other stakeholders and very soon, when he decides fully, he would address the press conference and unfolds his agenda,” Rahman told TheCable.

There is no evidence that Tinubu made the statement about turning Nigeria to Dubai if elected president.

This story is published in partnership with Report for the World, a global service program that supports local public interest journalism.