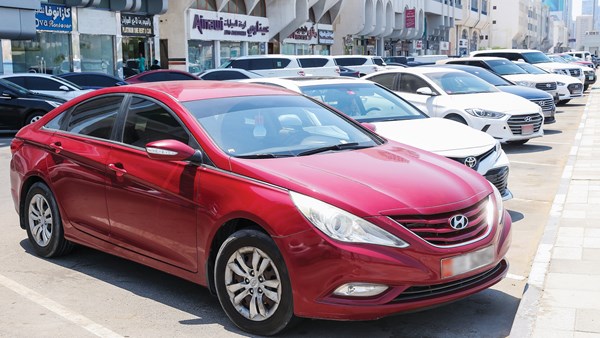 Car rental offices in Abu Dhabi recorded an active movement and increasing demand from market customers over the past week with a growth rate of 5% compared to the same period last month, supported by international events and conferences held by the capital Abu Dhabi during the current period, according to what marketers in these offices confirmed. .
They reported that the active movement of tourists and visitors coming from outside the country to attend the many conferences and events hosted by the capital in the current period, indicating that the rental movement came from tourist companies and previous reservations for tourists through prior car reservation applications.

active movement
Osama Ezzat, director of the Al Mulla Rent a Car office, said demand in the current period is better and there is a clear improvement in movement compared to last month, indicating that car rental activities in the office increased by between 1 p.m. 5 and 7%.
Ezzat added that demand increased due to events and conferences and the active movement in Abu Dhabi, which in turn led to an increase in the number of visitors to the capital, adding that the increase in the number of tourists and visitors contributed significantly to the increase in demand for services of all kinds, and thus a greater increase in the movement of sales in the markets. Ezzat indicated that the demand for car rental this year is better than last year, as last year witnessed less movement due to state entry controls and reduced airlines, while this year there was witness to greater openness and restoration of air traffic and travel, and with the easing of precautions returned to life For commercial centers and hotels, the movement to organize conferences and vital events has begun.
Ezzat expected that the coming period would witness a greater improvement with the state’s success in controlling and preventing the spread of the Corona virus, with a greater expectation of an increase in the number of people coming to the state due to unemployment of job opportunities after offering many job opportunities in the public and private sector.

alternative cars
Mohammed Al-Khatib, Fleet Rent a Car, for his part, explained that car rental activities in Abu Dhabi in the current period have begun to experience a remarkable recovery, especially for people who want to use cars as an alternative to their cars that are in Periodic maintenance centers that note that small offices are targeted at individuals are more than tourist businesses and businesses that are targeted by businesses and larger rental offices.
He added that the UAE market has at present been successful in attracting the largest car rental companies in the world as these offices provide very high levels of service, pointing out that the strength of the market enabled it to attract and activate the investment. of many international companies operating in the car rental sector of all kinds. Such as: “Europe Car”, “Trivity”, “Diamond Les”, “Eurostar” and “Avis”, and these companies also have business with tourist companies. as websites and applications for passenger reservations.