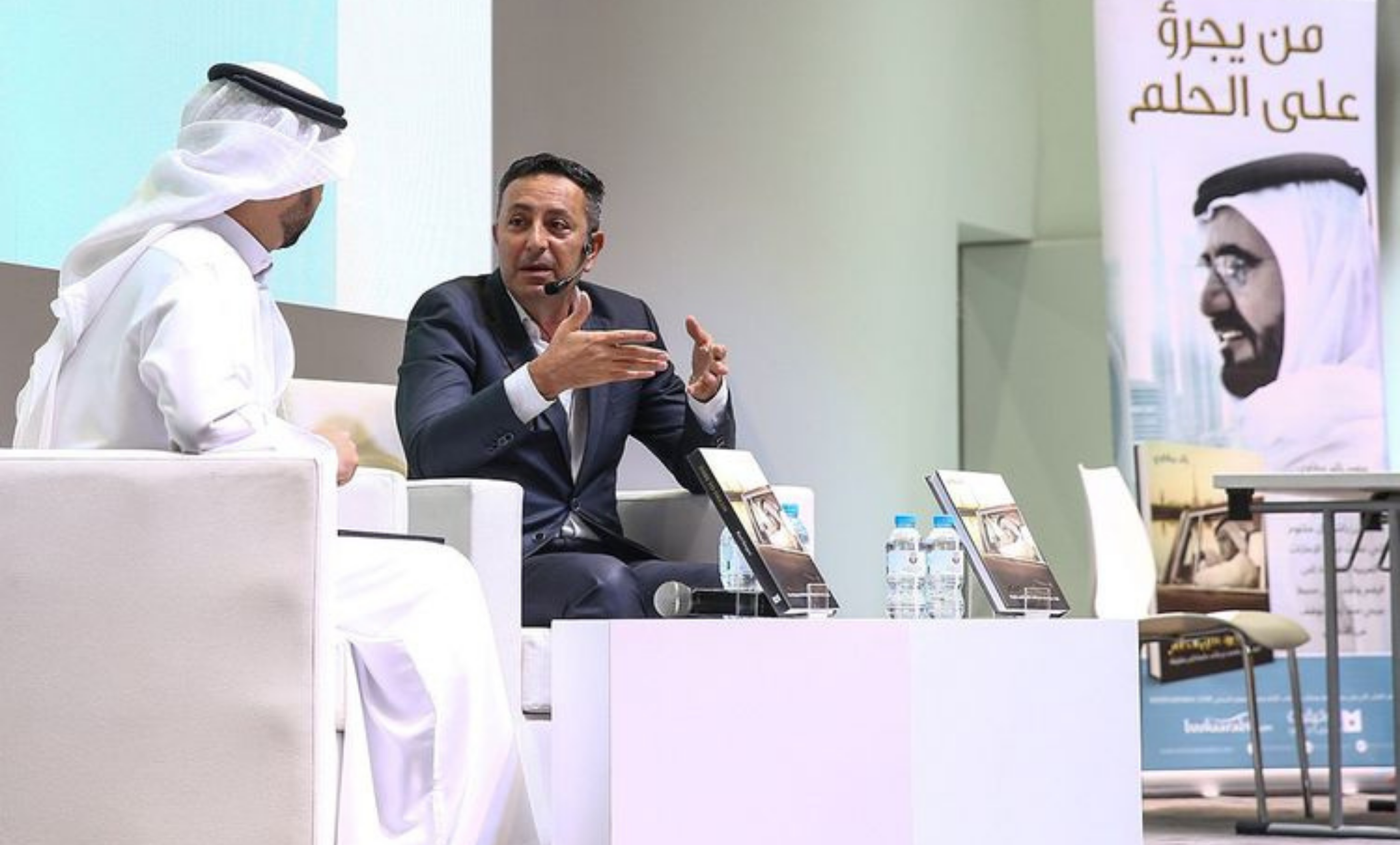 The English edition of the highly acclaimed book Dare to Dream: How Sheikh Mohammed bin Rashid Made his dreams Come True was launched at the Abu Dhabi International Book Fair 2022 on Saturday, May 28.

Previously, veteran journalist, Raed Barqawi launched the Arabic version of his book in the month of February. The book offers exceptional insights into how His Highness Sheikh Mohammed bin Rashid Al Maktoum, Vice-President and Prime Minister of the UAE and Ruler of Dubai, turned his dream for the UAE into reality.

Barqawi told the Khaleej Times, “This English translation is very important. The UAE today is a success story. It is the dream of His Highness Sheikh Mohammed bin Rashid Al Maktoum. People from across the world should know about this story. I experienced close relations with Sheikh Mohammed in the past 30 years. I penned a book in Arabic and wanted the world to know about His Highness’ dream through the English language. I would like to translate the book into other foreign languages too,” as the book was launched at the Abu Dhabi Book Fair 2022.

The managing partner and group editor-in-chief of Motive Media Group, Ian Fairservice said, “After the tremendous success of the Arabic edition, we are delighted to be publishing this riveting and important book in English.”

Proceeds from the English edition of the book will be donated to Al Noor Training Centre for People of Determination.

Both the Arabic and English version of the book is published by Motive Media Group.

Read also: Hajj 2022: Domestic pilgrims will be able to book packages from this week