AECOM has been awarded a four-year contract by UAE-based retail firm Majid Al Futtaim. The project will see the engineering consultancy help deliver the landmark Mall of Saudi development, with work due to commence by the end of 2021.

Founded in 1990, AECOM is an American multinational engineering firm with some 87,000 employees globally. The projects AECOM has taken on have been extremely diverse throughout its history, from the delivering of clean water and energy, to building iconic skyscrapers, restoring damaged environments, and even helping governments maintain stability and security.

The firm’s latest engagement comes from the Middle East, where regional retail giant Majid Al Futtaim has tapped AECOM to oversee the development of a major complex in North Riyadh. The Mall of Saudi has been planned as an integrated lifestyle destination, hosting a wide variety of retail, leisure and luxury consumer choices for visitors. 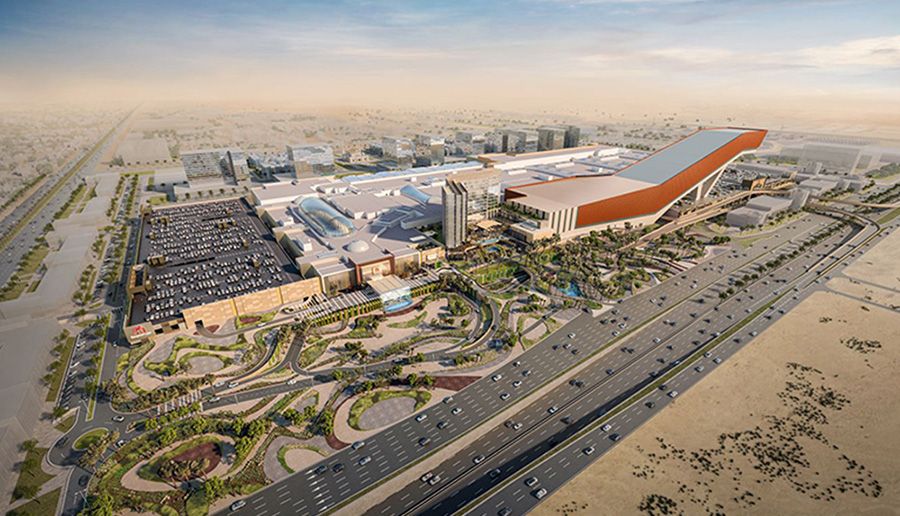 For example, plans state Ski Saudi will host the largest ski slope and snow park in the Middle East in the Mall upon completion, alongside a flagship Carrefour hypermarket and 31 VOX Cinema screens, including the world’s largest IMAX and a Magic Planet. Elsewhere, the complex will also feature luxury hotels and branded residences, spanning 214,000 square metres.

The four-year contract handed to AECOM will see it provide lead consultancy services for the pre-contract. Meanwhile, it will also supply post contract construction supervision for Mall of Saudi. So far, the leasing of the retail space stands at approximately 50% of the gross leasable area, for both issued and signed proposals, excluding Ski Saudi. Eventually, some 600 stores are expected to take up residence in the facility.

According to the Majid Al Futtaim executive, the project expects to break ground in the fourth quarter of 2021. The move is hoped to bring the firm “closer to ensuring Riyadh takes its position on the global map,” aiming to become a top 10 city destination, and “unlock future foreign direct investment by acting as a landmark global development.”

The move comes as Saudi Arabia continues to reposition its national economy, which had long been characterised by an over-dependence on oil. As a result, the Kingdom’s government has been attempting to liberalise the country in a number of ways, including the opening of cinemas, and the reversal of a ban on women driving.