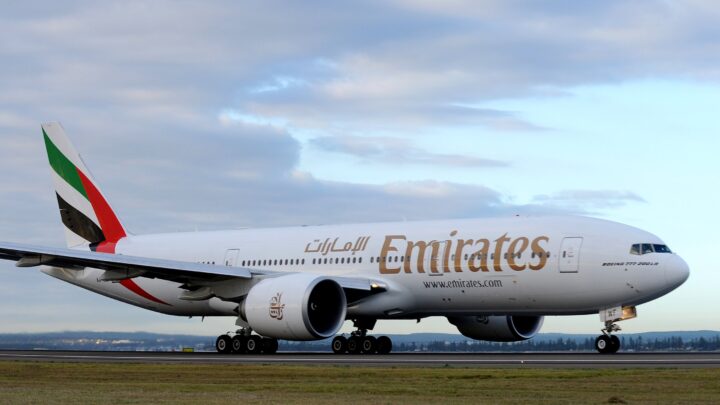 Emirates Airlines, flag carrier of the United Arab Emirates (UAE), has announced the resumption of passenger flight operations to and from Ghana, Guinea, Angola, Ivory Coast and Uganda.

However, flights from Nigeria remain suspended.

The airline had, in December, indefinitely suspended the entry of travellers from Nigeria and some selected African countries over the emergence of the Omicron variant of COVID-19.

It later extended the flight ban to other countries including Ghana, Angola, Guinea, Uganda, Cote d’Ivoire, Zambia and Zimbabwe.

In a travel update posted on its website, Emirates indicated that the lifting of travel restrictions placed on Ghana, Guinea and three other African countries took effect on Thursday.

It said passengers travelling to Dubai from Guinea, Uganda and Ghana must present a negative polymerase chain reaction (PCR) test obtained within 48 hours of departure, six‑hours rapid PCR with a QR code, and another PCR test on arrival.

Also, travellers from Angola and Ivory Coast are required to show a negative 72-hour PCR test, and another PCR test on arrival in Dubai.

However, Dubai nationals and children under 12 years were exempted from the stipulated guidelines.

The federal government had reinstated the daily flights of Emirates Airlines to Nigeria after the UAE authority offered daily flight slots to Air Peace.

But barely 24 hours after the development, the UAE government imposed a fresh travel restriction on Nigeria owing to concerns related to the spread of the Omicron COVID-19 variant.