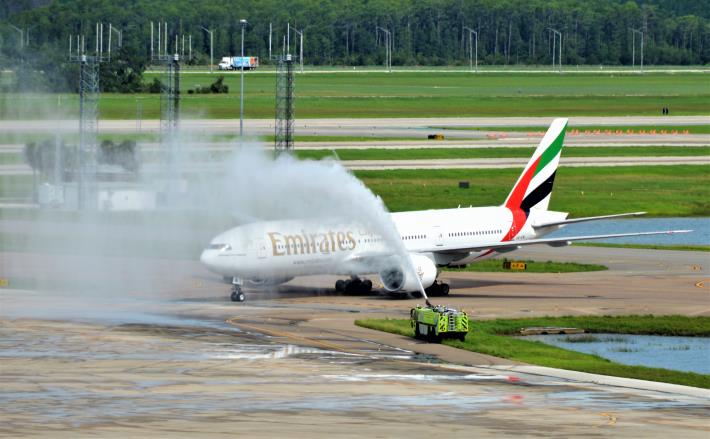 “As we continue to recover from the global pandemic, we’re glad to see our international carriers make their return to the Central Florida region and our world-class airport,” said Phil Brown, Chief Executive Officer of the Greater Orlando Aviation Authority.

“The resumption of passenger service by Emirates really means the return of access to incredible destinations in Southeast Asia and India.”

When Emirates first began Orlando service in 2015 it also opened the gateway to Africa, the Middle East and even Australia. Emirates, known as a premier air carrier with top-notch service, is resuming service with four weekly flights on a Boeing 777. The aircraft features 266 seats across three classes.

Inbound flights depart Dubai International at 8:55 a.m. and arrive at MCO at 4:30 p.m. Departing flights leave Orlando at 9 p.m. on Monday, Wednesday, Friday and Saturday, arriving in Dubai at 7:10 p.m. the next day.