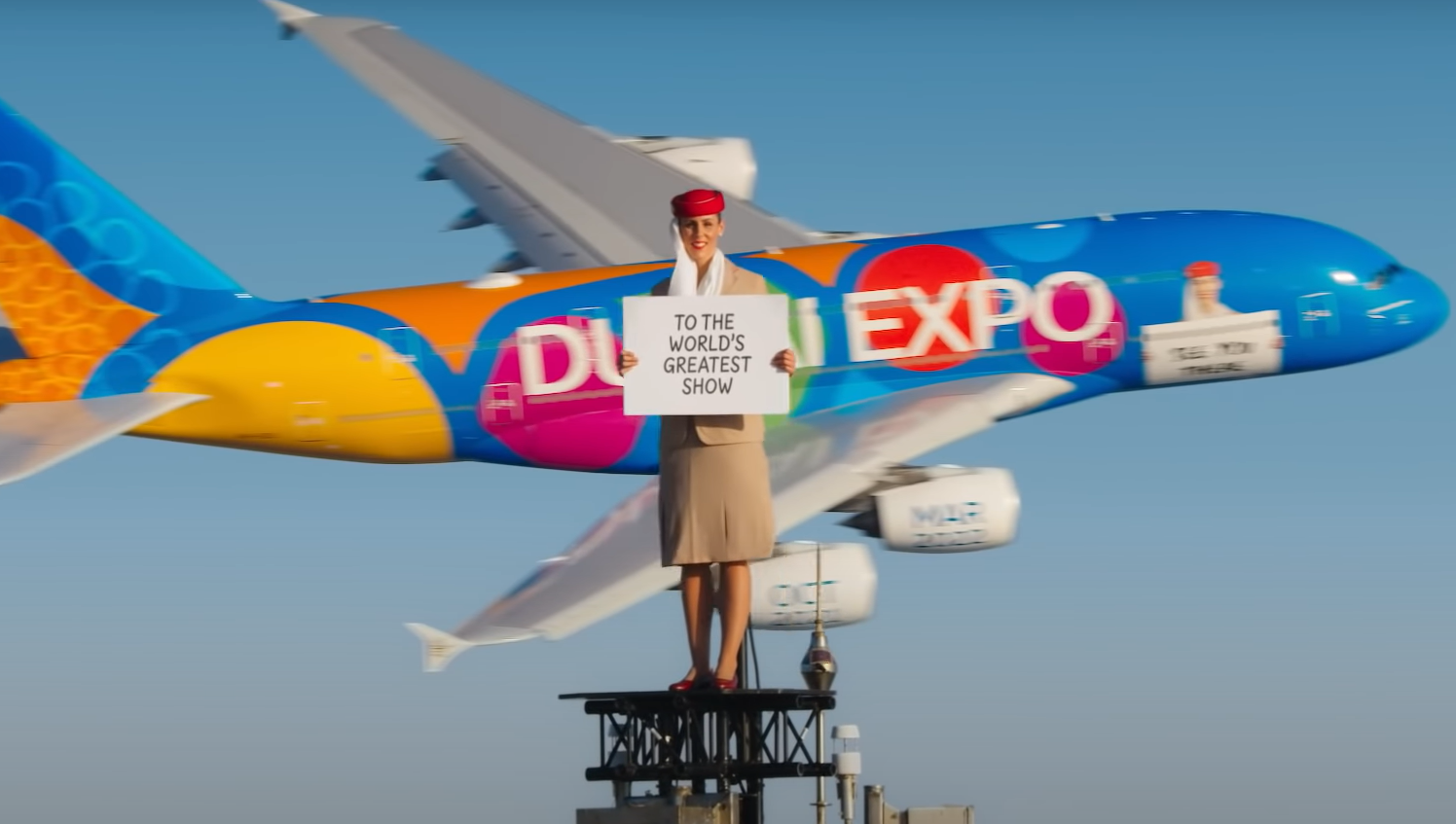 Emirates has produced another stunning advert from atop the 828m Burj Khalifa promoting Expo 2020.

SEE: Amazing AN225 landing in fog

This time she is holding placards promoting Expo 2020 Dubai. “I’m still here,” the placard says as the camera zooms in on her. “Wow, I can see Dubai Expo,” touts another.

Towards the end, the placard is shown “Finally here come my friends,” as the camera picks up the Emirates A380 with Expo livery before she changes placards to “Fly the iconic Emirates A380″ to “The world’s greatest show.” as the A380 majestically passes behind her.

Here is the original advert, shown in August 2021.

Both adverts were filmed without a green screen or special effects and the airline says it was the result of rigorous, planning training, testing, and strict safety protocol.

Filming began in both cases at sunrise to catch the famous golden hour light and the ascent to the peak took an hour and 15 minutes from level 160 and involved scaling several tiers and ladders.

Although a casting call to Emirates cabin staff produced some “willing and capable candidates”, the young lady on top of the iconic Dubai landmark was actually a professional skydiving instructor who spent five hours at the pinnacle.

“We’re proud to be among a privileged few who have been allowed to film at the top of the Burj Khalifa by Emaar and even prouder that we get to showcase our beautiful city, Dubai,” said Sir Tim said last August.

The videos were conceptualized and directed by Emirates’ in-house band team with the help of Dubai-based Prime Productions AMG and will be screened across several markets across the airline’s network, including the UK.