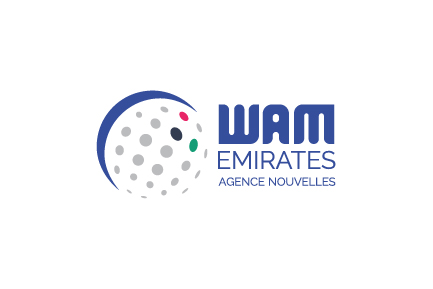 DOUBAI, June 30, 2021 (WAM) – The Emirates Mars mission, the first interplanetary exploration undertaken by an Arab nation, today released the world’s first images of Mars in the far ultraviolet, providing new insight into the low-profile phenomenon aurorae on Mars Nighttime atmosphere. The images have revolutionary implications for our understanding of the interactions between solar radiation, the magnetic fields of Mars, and the planetary atmosphere.

“These unique global snapshots of the discrete auroras of Mars are the first time such detailed and clear observations have been made on a global scale, as well as on previously unobservable wavelengths. The implications for our understanding of atmospheric science and magnetospheres of Mars are enormous and provide further support for the theory that solar storms are not necessary to cause the aurorae of Mars, ”commented Emirates Mars Mission Science Officer Hessa Al Matrouchi.

The images, taken by the Hope spacecraft’s Emirates Mars Ultraviolet Spectrometer (EMUS) instrument, show a ghostly glow known as the inconspicuous aurora. Its intricate patterns trace the regions where the enigmatic magnetic fields of the Earth’s crust of Mars act as a funnel to guide fast electrons from space to the atmosphere, causing it to sparkle in a manner similar to Earth’s auroras. This influence of localized magnetic fields is a unique feature of the red planet because Mars, unlike Earth, does not have a global magnetic field generated by the core of the planet.

The most sensitive ultraviolet instrument to date orbiting Mars, the EMUS is capable of imaging these dynamic auroral events on a global scale at high resolution and over a wide range of wavelengths, providing a window unprecedented effect on the interaction of the atmosphere with solar particles.

While previous studies had theorized that the discrete aurora is related to the magnetic fields of Mars, and existing observations were consistent with this theory, earlier images of this phenomenon at this quality were only available as impressions of Mars. ‘artist.

“We have totally destroyed ten years of studying the aurorae of Mars with ten minutes of observations,” said EMM deputy scientific director Justin Deighan. “The data we capture confirms the enormous potential we now have to explore the auroras of Mars and the interactions between the magnetic fields, atmosphere and solar particles of Mars with coverage and sensitivity we could only dream of. These exciting observations go beyond the original scientific objectives of the Emirates Mars mission. ”

One of three instruments aboard the Mars Hope spacecraft, EMUS’s main scientific focus is the measurement of oxygen and carbon monoxide in the thermosphere of Mars and the variability of hydrogen and oxygen. in the exosphere. Members of the scientific team who had previously worked on the MAVEN mission had recognized the potential of the more sensitive EMUS instrument to capture new aspects of auroral phenomena on Mars, but the results of the first observations exceeded their expectations. crazier.

Three types of aurora have been observed around Mars to date: diffuse auroras are only seen during intense solar storms, when interactions with the most energetic particles cause the atmosphere to light up around the entire planet. . In contrast, the discrete aurora is very localized and observations made to date seem to confirm the theory that it is directly related to the uneven magnetic fields produced by magnetized minerals embedded in the surface of Mars. These two auroras are observed on the night side of Mars, while a third class, the proton auroras, has been measured on the day side of Mars and is driven by interactions between the solar wind and hydrogen in the exosphere of March. These three types of aurora had previously been identified by ultraviolet instruments aboard the Mars Express and MAVEN missions orbiting Mars, but clear global images of the discrete aurora were elusive until new observations from EMM.

“The auroras of Mars are an area of ​​intense interest to the global scientific community and their study has enormous potential to challenge, broaden and deepen our understanding of the atmosphere of Mars and its interaction with the planet and with solar energies. “said Matrouchi. “We were hoping that EMUS could make a contribution in this area, but now we know with absolute certainty that this contribution will be revolutionary.”

Hope follows its planned elliptical scientific orbit of 20,000 to 43,000 km, with an inclination towards Mars of 25 degrees. The probe will orbit the planet every 55 hours and capture a full sample of planetary data every nine days during a two-year mission to map the atmospheric dynamics of Mars.

The EMM and the Hope spacecraft are the culmination of a knowledge transfer and development effort that began in 2006, which saw Emirati engineers working with partners around the world to develop design, engineering and United Arab Emirates spacecraft manufacturing facility. Hope is a fully autonomous spacecraft, carrying three instruments to measure the atmosphere of Mars. Weighing around 1350 kg and approximately the size of a small SUV, the spacecraft was designed and developed by engineers from the MBRSC working with university partners, including LASP at the University of Colorado at Boulder; Arizona State University and University of California at Berkeley.

The Emirates Mars mission will study the Martian atmosphere, the relationship between the upper layer and lower regions, and for the first time, the international scientific community will have full access to a holistic view of the Martian atmosphere at different times of the day. , through different seasons. In addition, it will now aim to make significant contributions to our understanding of the aurorae of Mars.

Hope Probe’s historic journey to the Red Planet coincides with a year of celebrations marking the UAE’s Golden Jubilee.

Previous articleWhere can you travel to from Dubai this summer?
Next articleINFiLED relocates its EMEA HQ to Rotterdam and opens a new office in Dubai