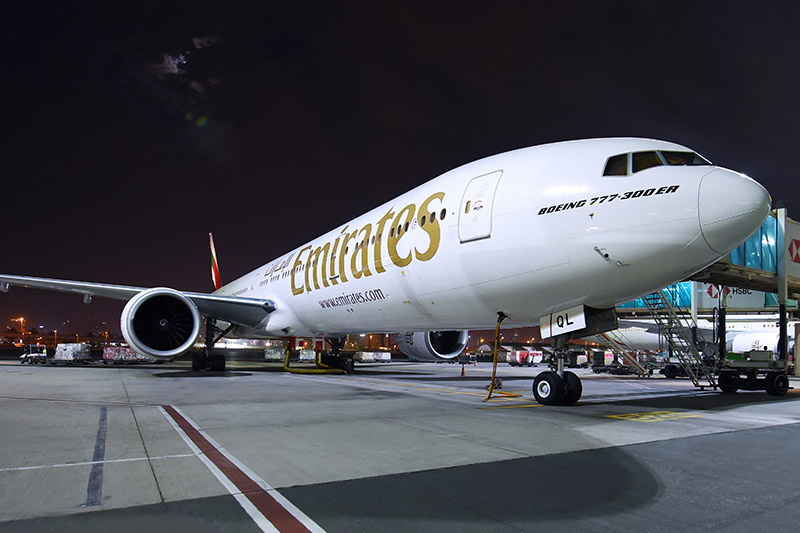 Emirates has officially launched its first-ever passenger service between Dubai and Miami. The airline celebrated the launch of its new four-times-weekly service on Thursday when the inaugural flight touched down in Miami at 11 a.m. local time.

Emirates Flight EK213 was welcomed at Miami International Airport with a water cannon salute and drew an audience of passengers, aviation fans and guests to celebrate. For the first flight, the airline operated its Boeing 777–300ER, offering first class private suites with design inspired by the Mercedes-Benz S-Class. Attendees of the launch event were able to tour the suites, which have floor-to-ceiling sliding doors and offer up to 40 square feet of personal space for each guest.

Along with its current service to Orlando, Emirates’ new service to Miami provides an additional access point to and from Florida and expands Emirates’ U.S. network to 12 destinations on over 70 weekly flights. It also links travelers from Miami, Southern Florida, South America and the Caribbean to over 50 destinations across the Middle East, Africa, Asia and the Indian Ocean Dubai.

To celebrate the new service, Emirates extended its onboard service to include specially crafted Miami-themed drinks, and customers across all cabins enjoyed a key lime pie dessert to round off their meal. Customers in all classes had access to Wi-Fi, live TV and the 4,500-channel selection of on-demand entertainment available on Emirates’ in-flight entertainment system—including a Miami-inspired music playlist.

Flights to and from Miami will operate four times weekly on Emirates’ three-class Boeing 777-300ER, which has eight private suites in First Class, 42 lie-flat seats in Business Class and 304 spacious seats in Economy Class. Emirates Flight EK213 will depart from Dubai at 3:10 a.m. Gulf Standard Time (GST), arriving in Miami at 11 a.m. EDT the same day, and the return flight EK214 will depart Miami at 9:10 p.m. EDT, arriving in Dubai at 7:25 p.m. GST the next day.

The airline is currently operating over 60 percent of its pre-pandemic capacity to the United States and continues to expand its presence in line with increasing passenger traffic. With the addition of Miami, Emirates now serves 12 gateways in the U.S., including Boston, Chicago, New York (JFK and Newark), Houston, Dallas, Los Angeles, San Francisco, Seattle, Washington, D.C. and Orlando.