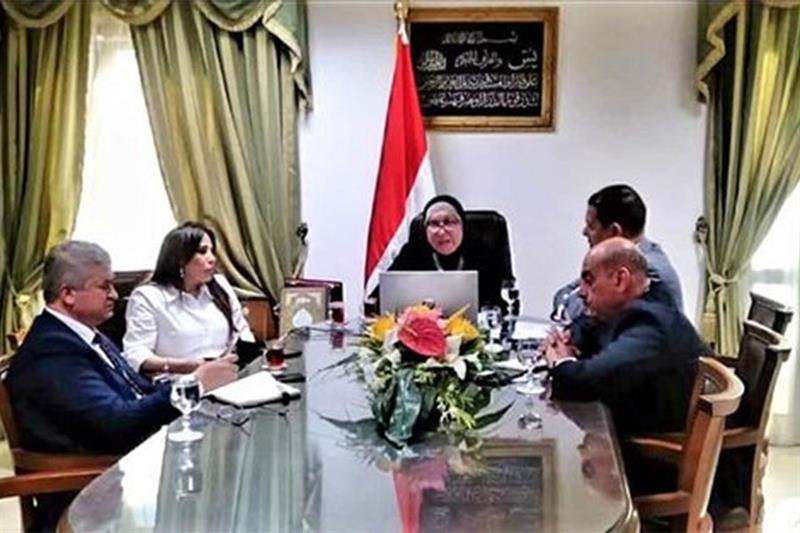 The partnership signed in late May targets reinforcing food and pharmaceutical security as well as increasing cooperation in the fields of industry, investment, agriculture, fertilisers, textiles, minerals and petrochemicals.

In a statement released following Friday’s meeting, Gamea said the three countries are keen to put the initiative into practice and start implementing the desired projects.

Egypt, the UAE and Jordan are committed to provide all necessary support for the private sectors in the three countries so as to execute the proposed ventures, Gamea added, stressing that the countries will roll out measures to remove any bumps in the way of the capital flow and intra-trade movement.

During the meeting, the ministers agreed on forming an executive committee to start its meeting as of next week with business community to discuss the mechanism for involving the private sector in the three countries in the partnership initiative and to identify a list of eligible companies.

Egypt is about to launch a paper, dubbed the State Ownership Policy Document, to reassure local investors, attract more foreign investments, and enhance the confidence of international institutions in the Egyptian economy.

It aims to delineate the state’s presence in the economic sectors to increase private sector participation via specifying the sectors from which the state plans to exit and those where it will continue during the next three years.

During the launch ceremony of the tripartite initiative, the UAE announced the allocation of an investment fund of $10 billion for joint projects with Egypt and Jordan as part of the newly partnership industrial.

The fund will be run by Abu Dhabi Development Holding (ADQ) to support and accelerate the projects arising from the initiative.