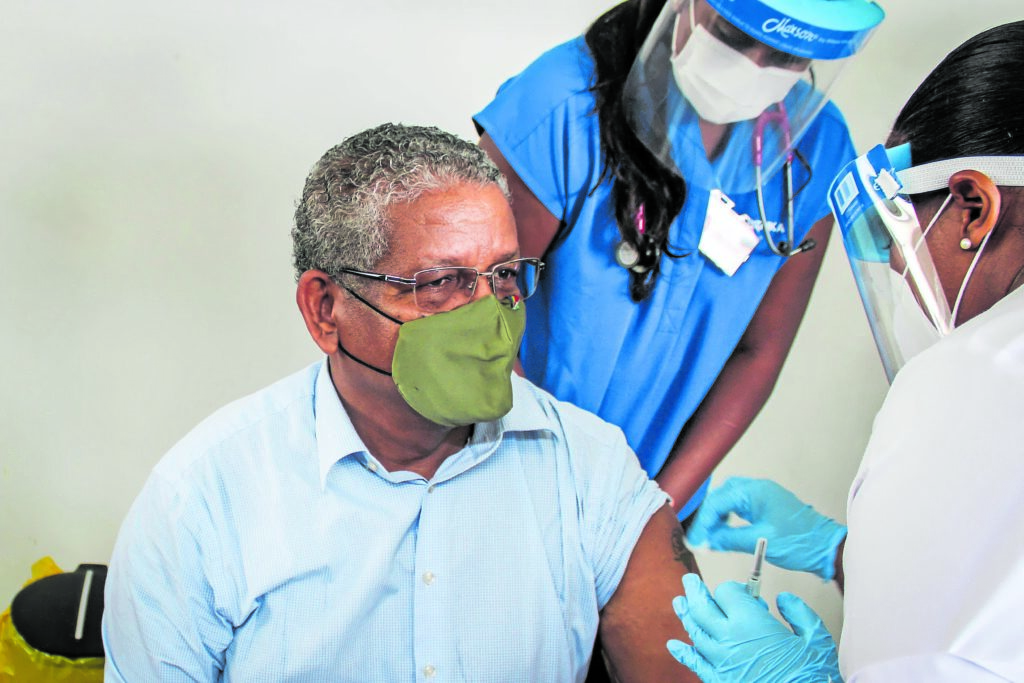 Ramkalawan rolled up his sleeve for the injection in front of the local press last week, kicking off a national immunisation campaign that was initially aimed at healthcare workers. The move comes after the United Arab Emirates donated 50 000 doses of a vaccine developed by Chinese manufacturer Sinopharm. The UAE has been an early adopter of the Sinopharm jab alongside China, Serbia and Egypt.

Seychelles may have followed suit, but concerns about a lack of peer-reviewed vaccine data or late-stage data on not just Sinopharm but also other Chinese and Russian jabs may prevent other African countries from doing the same.

Chinese manufacturers are working on several Covid-19 vaccines, including jabs by the firms Sinovac and Sinopharm. But data on exactly how effective these vaccines are has been difficult to access and, at times, contradictory.

For instance, Sinopharm announced in late December that its vaccine was 79% effective at preventing Covid-19 disease. At this rate, Sinopharm’s vaccine was less effective than Pfizer or Moderna jabs but possibly outperformed AstraZeneca’s Covid-19 vaccine.

Research published in The Lancet medical journal showed the AstraZeneca jab was between 62% to 90% effective.

The Pfizer and Moderna vaccines are about 95% effective in preventing Covid-19 disease, according to studies published in The New England Journal of Medicine.

Seychelles is also expected to receive 100 000 doses of the AstraZeneca vaccine by the end of January.

When news agency Reuters asked if Sinopharm could explain the varying results, a spokesperson for the company declined to comment. Similar data discrepancies have also appeared with Sinovac’s CoronaVac vaccine.

Meanwhile, Russian scientists from the Gamaleya National Center of Epidemiology and Microbiology announced in November that their Sputnik vaccine was 92% effective in preventing Covid-19 disease.

But, despite promises by Gamaleya then,  it  hasn’t published peer-reviewed findings from late-stage Covid-19 vaccine trials — nor have Sinopharm and Sinovac.

Early published results from Sputnik trials drew sharp criticism from a consortium of international scientists who, writing in The Lancet, alleged that there might be discrepancies in the data. Russian researchers denied this and offered to share their data with the group.

Concerns around missing data for some or all of these vaccines have been cited by health departments or regulators in South Africa and Brazil.

Until more published data is available from large, late-stage clinical trials on Chinese and Russian vaccines, many more regulators are likely to be unwilling to register the jabs for use in countries. It may also make it more difficult for the African Union (AU) to include these vaccines in its pooled procurement efforts.

Shortly before Moeti’s announcement, the AU announced it had secured 270-million doses of the Pfizer, AstraZeneca and Johnson & Johnson vaccines for the continent. At least 50-million are expected to become available by June 2021. Johnson & Johnson is anticipated to release its findings from late-stage clinical trials soon.