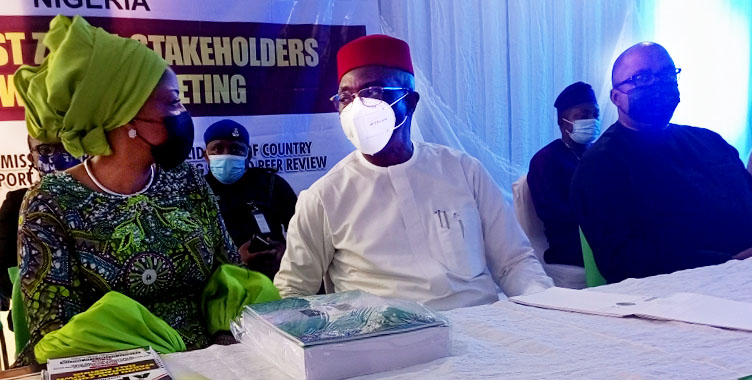 Nigeria’s imports of agricultural goods between January 2017 and March 2021 surpassed its exports in the period by N3.9 trillion, figures from the National Bureau of Statistics (NBS) have shown.
The total value of trade in agricultural goods in the period under review was N6.2 trillion, comprising N5.04 trillion imports and N1.14tn exports, with a trade deficit of N3.9 trillon.
Foreign trade data obtained from the NBS website showed that in 2017, Nigeria generated N125.88 billion from the export of agricultural goods and spent N891.87 billon on imports.
Nigeria’s agriculture exports in 2017 comprised largely sesamum seeds, cashew nuts, soya beans, and ginger, which were exported to China, India, Russia and Greece, among others.
The import bill was dominated by durum wheat seeds, maize seed, and crude palm oil, which were imported from the United States, Canada, Australia, and Ghana.
In 2018, the country’s agriculture imports stood at N855.09 billion, while goods worth N305.25 billion were exported.
Durum wheat, not in seeds, was the major driver of agriculture imports during the year, followed by mackerel, herrings, and Faroe Island.
Canada, Russia, United States, Japan, and Chile were some of the countries Nigeria imported from, while Vietnam, Netherlands, Italy and Indonesia were the country’s largest agriculture exports destinations.
Goods exported to these countries included fermented Nigerian cocoa beans, frozen shrimps, and prawns.
In 2019, Nigeria’s agricultural imports rose by 12.18 per cent from the previous year to N959.28 billion, while exports fell to N269.9 billion, resulted in a trade deficit of N689.38 billion.
Similar to the preceding year, Nigeria imported goods including durum wheat and mackerel from countries such as Japan and Netherlands, while sesamum seeds and fermented Nigerian cocoa beans were exported to Asia and Europe.
In 2020, agriculture imports and exports maintained an upward trajectory with import bill jumping to N1.7tn, while exports rose to N320.7 billion.
The agricultural trade deficit was highest in 2020 with a deficit of N1.4 trillion.
In the first quarter of the year, Nigeria spent N261.38 billion importing agricultural goods from the United States, Latvia, Canada and Argentina. In the last quarter of 2020, N532.39 billion was spent on importing durum wheat, palm oil, and herring from Asia and Europe.
During the year, Asia, Europe, and Africa were the top agriculture exports destinations. A total of N186.16 billon worth of agricultural goods were exported to Asian countries; N98.6 billion to European countries; and N14.98 billion to African countries.
In the first three months of 2021, the total value of agricultural trade stood at N757.4 billion, consisting of N127.2 bn exports and N630.2 billion imports.