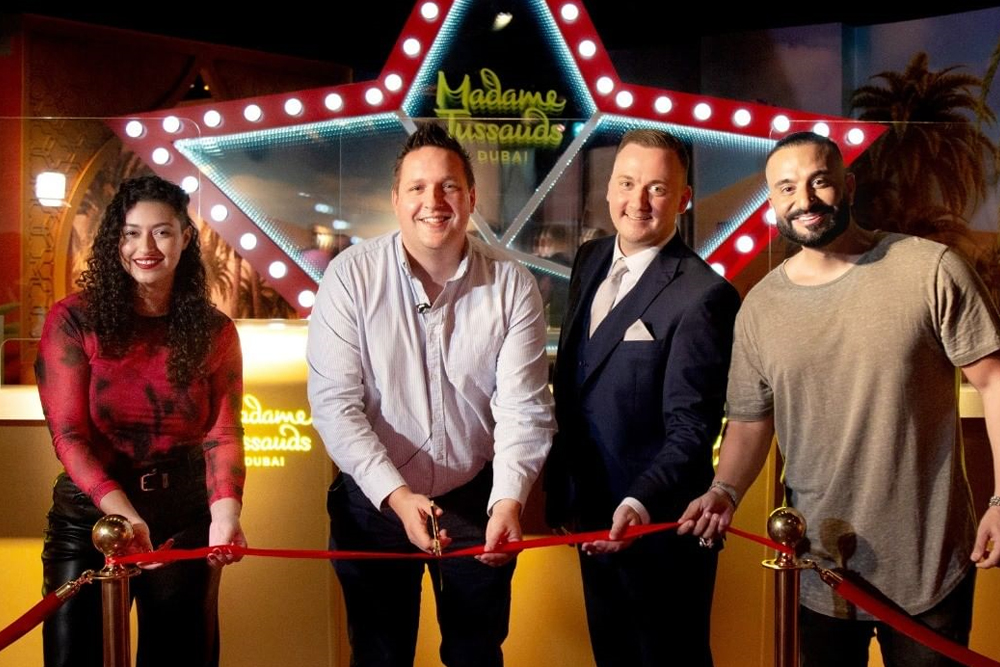 Madame Tussauds Dubai opened its doors to visitors last week! The new tourist attraction is the brand’s 25th branch in the world, and the first in the Middle East.

We’re hoping to see a plethora of Arab stars whose wax doubles are on display, and we hear there are quite a few more that may appear there in the near future.

Sanaz Kollsrud, the General Manager at the establishment, said in a statement that the wax figures are always updated, products are enhanced and that customer feedback is always taken on board.

The infamous tourist attraction currently features a total of 16 wax figures of Middle Eastern personalities, including Lebanese singers Nancy Ajram and Maya Diab — and athletes that were made exclusively for the branch in Dubai.

“At the moment, Madame Tussauds has 25 wax attractions around the world, including the US, Europe, and Asia. I’m sure that the brand will look at opportunities to expand at a later stage,” said Kollsrud to a local publication.

With Dubai being prime real estate for the waxwork museum as it attracts a lot of tourism, Madame Tussauds Dubai is situated right by another major attraction in the city, Ain Dubai, and is surrounded by restaurants and retail outlets.

According to Sanaz Kollsrud, when considering the museum’s Dubai branch, it took around 18 months to put together a list of figures that would interest visitors in the Middle East, and the popularity of celebrities regionally and globally, especially within the UAE was thoroughly analyzed.

To create the figures, it takes a team of around 20 artists to complete one waxwork over the period of around 4-7 months.

Madame Tussauds Dubai contains seven different themed rooms and over 60 waxworks of some of the most noted personalities in the world.