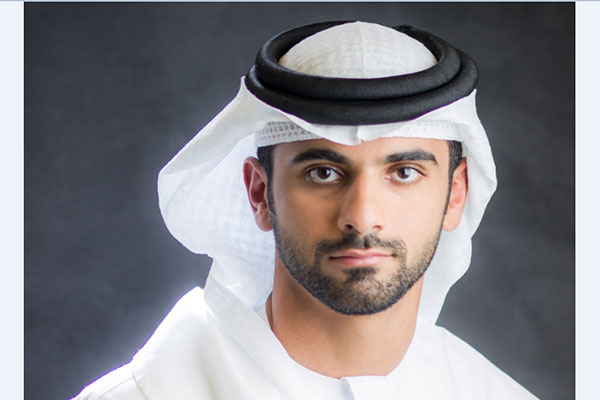 Sheikh Mansoor bin Mohammed bin Rashid Al Maktoum, Chairman of Dubai Sports Council (DSC), has welcomed the international teams participating in the third edition of UAE Tour, the one and only UCI World Tour race in the Middle East.

The event has attracted 140 top professional riders from across the world.

Sheikh Mansoor bin Mohammed’s message for the riders came on the eve of the 165km Dubai Stage, the sixth stage of this year’s UAE which takes place on Friday.

The 2021 UAE Tour started in Abu Dhabi on February 21, and it has taken the riders through different emirates of the country. On Friday, the peloton will arrive in Dubai for the sixth stage, which starts from Deira Islands at noon and will finish in front of the plush Atlantis hotel on The Palm, after taking the cyclists on a tour of Dubai’s historical and cultural districts as well as its swanky new urban centres, and past some of its most iconic landmarks.

Sheikh Mansoor said organizing the third edition of the UAE Tour, over a period of seven days and a distance of 1045km across different regions of the country at this particular time confirms the ability of the people of UAE to organize major global sporting events with wide participation, across long distances, in different areas – on modern city roads and through the mountains and deserts, and along the coast.

The participation of the world’s elite cyclists and international teams in the UAE Tour is also reaffirmation of the world’s confidence in the UAE’s ability to organize major sports events, thanks to the support of the country’s wise leadership and the provision of all factors of success, foremost of which are the Covid-19 precautionary measures in place, in addition to a distinct and diverse landscape, which appeals both to the sports enthusiast as well as the tourist.

Sheikh Mansoor also praised the level presented by the international cyclists during the ongoing UAE Tour and wished that all the participants – including cyclists, trainers, technicians and media professionals – enjoy the beautiful areas they pass through in different parts of the country. – TradeArabia News Service