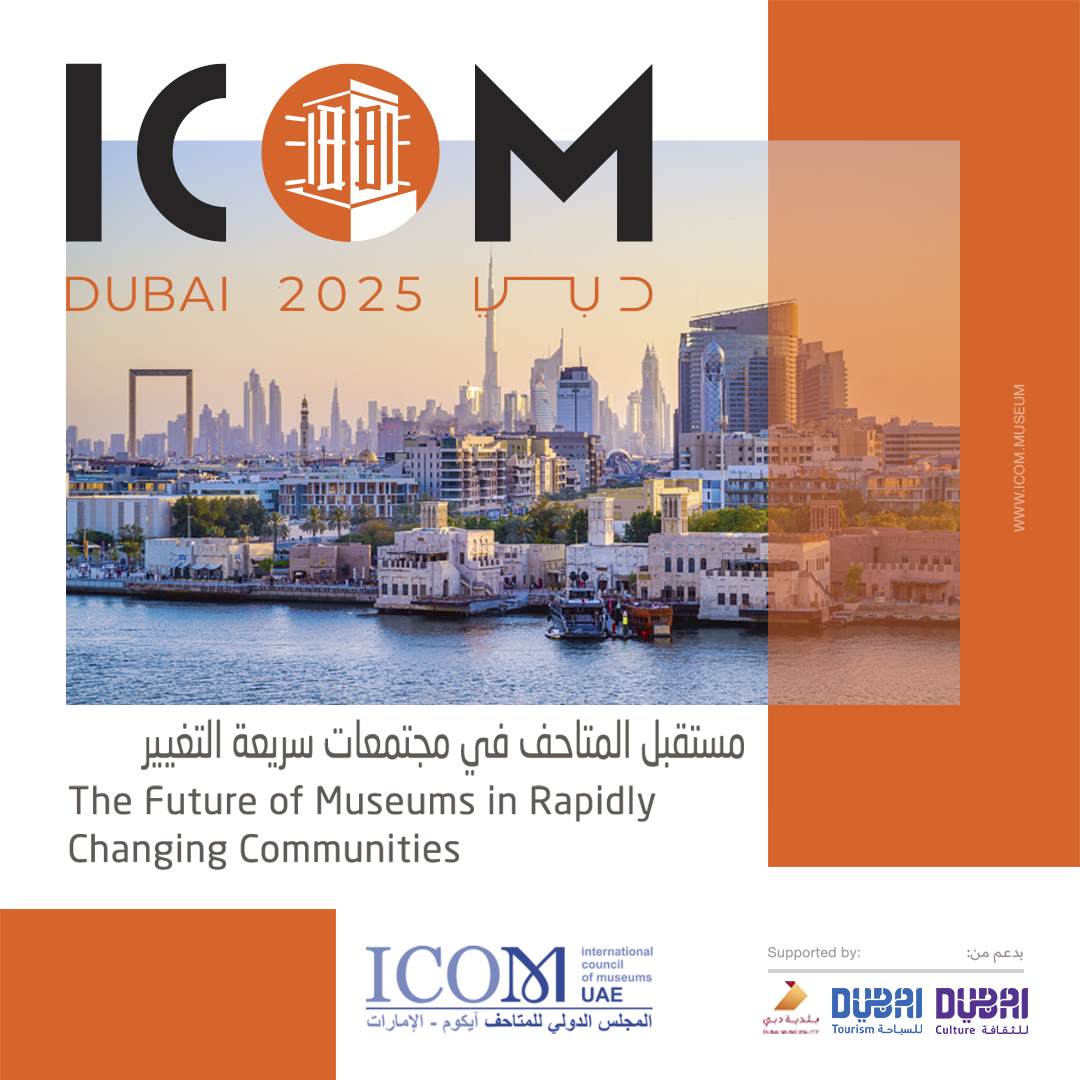 Dubai has been shortlisted to host the 27th International Council of Museums (ICOM) General Conference 2025, the largest international conference in the field of museums.

A virtual meeting of ICOM’s Advisory Council meeting held on 17 June 2021 announced the three cities shortlisted to host the event. A total of 170 members from 118 countries took part in the meeting. Members of ICOM will vote in November 2021 to decide the host city.

Established in 1946 under the umbrella of the United Nations, ICOM is a global organisation of museums and museum professionals committed to the promotion and protection of cultural heritage.Its membership includes nearly 50,000 specialists from 122 countries, and nearly 20,000 museums from all over the world.

In April, the UAE chapter of ICOM (ICOM-UAE), in cooperation with three government entities — Dubai Culture and Arts Authority (Dubai Culture), Dubai Municipality, and Dubai Tourism — had submitted the UAE’s bid to host the ICOM General Conference 2025 in Dubai under the theme ‘The Future of Museums in Rapidly Changing Communities.’ Dubai will be competing with Stockholm (Sweden) and Kazan (Russia) in the final round of voting.

Her Excellency Hala Badri, Director General of Dubai Culture, said holding the major conference in Dubai will strengthen the UAE’s global cultural profile: “Dubai and the UAE are major centres in the global cultural landscape and its museums are considered among the best in the world. If Dubai wins the bid for this event, it will be the first time that a city from the Middle East and North Africa (MENA) region will host the ICOM conference since its establishment in 1946. This event will be held in a hybrid format (physical and virtual).”

She further said that the theme statement of the UAE’s bid expresses the complementary relationship between museums and communities undergoing rapid change. By looking at the events of the past and comparing them with rapid global changes in the past few years, there is an urgent need to highlight the role of museums and their integration with society for a more sustainable future for humanity.

His Excellency Dawoud Al Hajri, Director-General of Dubai Municipality, said: “UAE’s and Dubai’s selection to the shortlist of candidate cities bidding to host the 27th ICOM General Conference 2025 reflects the high standing that the country has built over the years in the global cultural sector as well as the quality of its cultural infrastructure and its track record of hosting major international events successfully. We are putting our best forward to make Dubai the first city in the MENA region to host the ICOM Conference.”

His Excellency Helal Saeed Almarri, Director-General of Dubai Tourism, said: “Driven by the visionary leadership of His Highness Sheikh Mohammed bin Rashid Al Maktoum, Vice President and Prime Minister of the UAE and Ruler of Dubai, the city’s robust infrastructure, organisational expertise and its spirit ofpublic-private sector collaboration, Dubai has established itself as a world-class destination for business events and a preferred venue for flagship conferences for a wide range of international organisations. We look forward to working with our partners in this bid and engaging with ICOM decision makers in demonstrating the city’s ability to host a successful conference.”

EngRashad Bukhash, President of ICOM-UAE, said the shortlisting of the UAE’s and Dubai’s candidacy to host the ICOM General Conference 2025 is evidence of the excellence the country has demonstrated in developing museums. The UAE is home to exceptional international museums, such as the Louvre Abu Dhabi, and national museums, such as Etihad Museum, Al Shindagha Museum and Qasr Al Hosn, in addition to several public and private museums that showcase the history, heritage and culture of the UAE. Bukhash stressed that the Ministry of Culture and Youth and local government entities in the fields of culture and heritage have made extensive efforts to enhance the cultural infrastructure in the country.

The ICOM General Conference is held once every three years. The 25th edition held in 2019 in Kyoto, Japan, saw the participation of nearly 4,500 specialists in the field of museums from all over the world. The 26th edition is scheduled to be held in Prague, The Czech Republic in 2022.

The UAE attaches great importance to museums as vital centres for knowledge exchange and cultural dialogue as well as important cultural edifices that connect community members with their rich history and tangible and intangible heritage, consolidating their connection with the country’s past and enriching authentic values and traditions within them. The UAE has around 55 official government museums and about 115 private museums, including global and cultural icons, such as the Louvre Museum in Abu Dhabi, Etihad Museum, and the Museum of the Future in Dubai.