Fear of infection – among other pandemic-induced conditions – saw an enrolment dip of 8,000 students across Dubai’s private schools between the 2020 and 2021 academic year, according to new research from L.E.K. Consulting.

Researchers gathered data from Dubai’s Knowledge and Human Development Authority as well as Oxford Economics, for an overview of the pandemic’s impact on the city’s private schooling landscape.

To summarise: things took a turn for the bad, but could have been a lot worse. Enrolment across 208 private schools in Dubai fell from 295,000 in 2020 to 287,000 in 2021 – a 3% decline. Reasons include health and safety risks as schools opened up last year, a reassessment of schooling value as learning took on a hybrid avatar, and a lack of funds owing to the economic crisis. 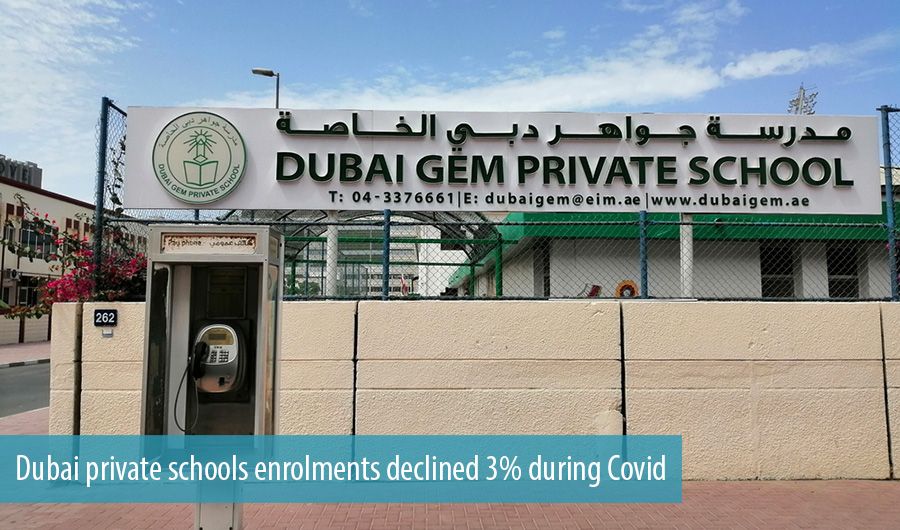 According to L.E.K. Consulting partner and global education lead Ashwin Assomul, the decline in enrolment is relatively marginal when considering this wide array of exceptional circumstances – a nod to strong crisis-management from city authorities. That said, a 3% decline is still a tangible impact, as well as an unfortunately inequitable one.

An example is early learning, which faced the brunt of the decline with a 5,000-student dip. And socio-economic factors played a big role as well. Per the report, budget schools lost a staggering 9,000 students over the course of last year, with many Indian families – the key demographic for low-cost private schooling – relocating to their home country amid the economic crisis.

Proving this correlation between income and enrolment: premium schools in Dubai have clocked a marginal drop of 1,000 enrolments last year. Speaking to Gulf News, Assomul – a prominent voice in the UAE’s education landscape – explained how parents in this segment “tend to have more financial resilience and savings.”

“We’ve also seen some anecdotal kind of evidence that some of the parents are focused on a flight to quality from sort of mid-priced schools to premium schools. In the super premium segment, we have actually seen growth between last year and this year, although it is a small growth of just under one per cent,” he explained.

Inequalities have shown up among schools as well: those with scale and resources have coped better than smaller players – particularly when it came to shifting online in the immediate wake of the outbreak. “Larger schools pivoted almost overnight and brought in the best of global talent to stay on top of the situation.”

And this has held up even after the emergency phase. “As students have returned to their classrooms, the larger school groups have been able to invest in developing safe back-to-school strategies, which many of their single site competitors have been less adept at doing.”

So a largely meagre impact has disproportionately affected low-budget schools and their students, although experts expect a broad-based rebound to normal in the near future. Economic momentum is picking up, and a steady rise in the UAE’s population will likely push a natural spike in schooling demand over the next few years.

Previous articleKICK OFF THE SUMMER SEASON AT LA PISCINA, PALAZZO VERSACE DUBAI
Next articleNew tracks for cycling enthusiasts in Dubai