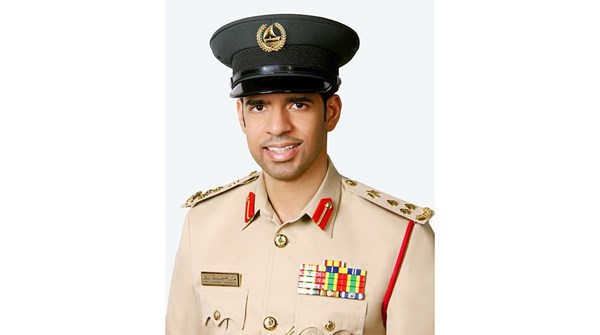 Brigadier Khaled Nasser Al Razooqi, Director of the General Department of Artificial Intelligence at Dubai Police, won the award for the best executive director at the level of government departments for the year 2021, as part of the “Future Workspace Awards 2021”, presented by the Dubai-based decision makers platform (CXO DX).
The victory of Brigadier General Al-Razouki, along with 65 executive leaders who were selected at the level of the Middle East, for their prominent role in business continuity during the pandemic. Brigadier General Al-Razouki won the award, due to his role in employing artificial intelligence techniques by applying precautionary measures to prevent the “Corona” virus, which contributed to the continuation of providing services to members of the public with all professionalism.
Brigadier Al Razoqi confirmed that winning the award for the best CEO comes thanks to the directives of His Excellency Lieutenant-General Abdullah Khalifa Al Marri, Commander-in-Chief of Dubai Police, and his constant keenness to keep pace with the best global applications, and to implement the best practice in the field of smart work and artificial intelligence.