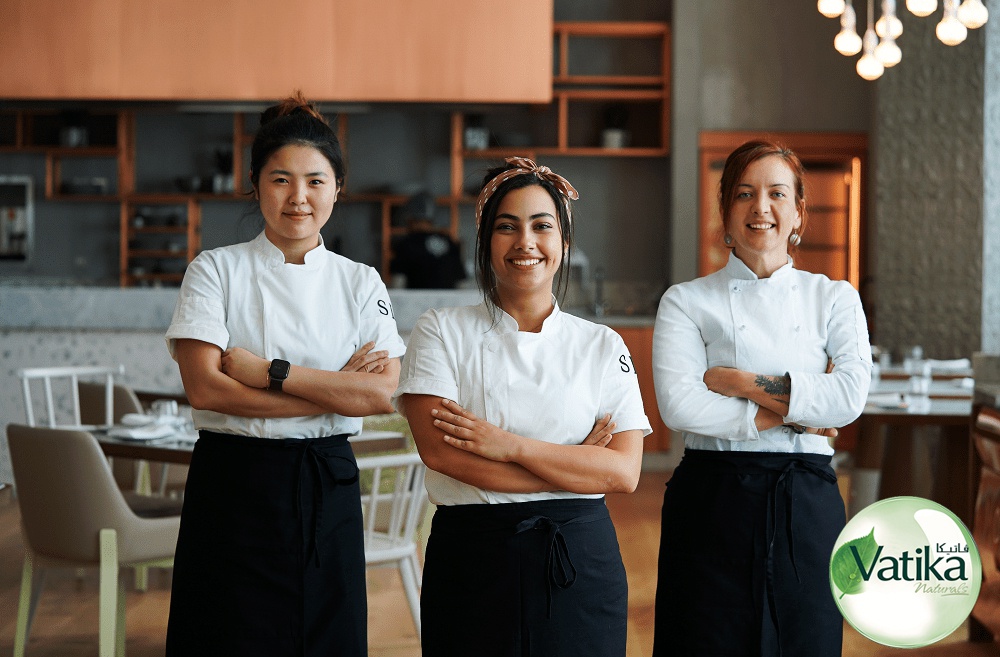 Dubai’s Business Bay now has a brand new restaurant that serves up lip-smacking Italian -Mediterranean cuisine. But, hold on, that’s not what we’re going to brag about! What makes ‘Fi’lia’ special is that it is Dubai’s first fully female-led restaurant. And interestingly, “Fi’lia is derived from the word figlia, which means daughter in Italian. So, if you want to support women, while digging into delectable delights, put this on your list!

25-year old Sara Aqel is the brain behind Fi’lia. Even as a child, Sara would try to smell the fragrance from the kitchen, trying to figure out what she would get for lunch that afternoon. Playing the role of a lead chef, Sara hopes to recreate this nostalgia in her award-winning restaurant concept. Fi’lia already has its flag flying high in the US and the Bahamas, and now the restaurant has brought its incredible women power to the UAE.

The entire restaurant is run by a team of women. Right from the manager to the mixologist, and other chefs, you will spot an uber proud all-women team juggling it all effortlessly. In fact, the menu also pays homage to women and has recipes and traditions passed on from one generation of women to the next. Even the drinks menu has a 100 per cent female-produced grape list.

“The menu is inspired by three generations of women: Nonna (Italian for grandmother), Mamma (Italian for mother) and Fi’lia which stems from the word Figlia, Italian for daughter”, Sara told Khaleej Times.

In a friendly chat with Khaleej Times, Sara mentions that it a misconception that hotel kitchens are normally seen as the bastion of male chefs.

“Just because something is done a little differently doesn’t mean that it is wrong or not acceptable. I want to change people’s perception and open their horizons. We see women taking over more and more important positions in the world, why should it be any different in a professional kitchen?”, Sara told the Khaleej Times.

Besides, Sara also said that women are more warm, cheeky, passionate and heart-warming and that is something that will reflect in the food they cook. Furthermore, Sara is confident that women can multi-task effortlessly through ‘an organised chaos’, as she likes to call it.

A head chef at 25, Sara’s motto is to prove that Fi’lia is not just another restaurant in Dubai. Her future goal is to make the restaurant a place with a big heart, a great soul, and a passionate team, serving the best food in town!