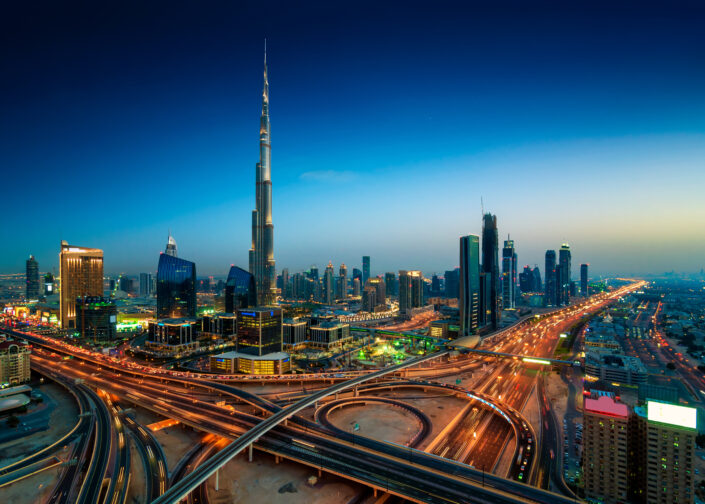 Dubai’s Roads and Transport Authority (RTA) has signed a Memorandum of Understanding (MoU) with the World Economic Forum to promote the strategic partnerships between the two parties, especially relevant to the Safe Drive Initiative Framework (SafeDI Framework) of the Forum. The MoU supports Dubai’s strategy to transform 25% of total trips in the city into self-driving trips by year 2030.

Ahmed Hashem Bahrozyan, CEO of Public Transport Agency, and head of the Self Driving Transport Congress and Dubai World Challenge for Self-Driving Transport organising committee, signed the MoU on behalf of RTA. Jeremy Jurgens, managing director and member of the managing board of the World Economic Forum signed on behalf of the Forum.

“Under the MoU, RTA will develop a scenario-based Framework to assess the safety of autonomous vehicles, and provide the required information, technical support and training for the participants in the Dubai World Challenge for Self-Driving Transport,” said Bahrozyan. “Thus, Dubai will be the first city in the world to adopt this Framework. The MoU enables the sharing of technical knowledge and experience at all levels.”

“Recently, RTA announced the qualification of 13 local and international organisations for the final stage of the 2nd edition of the Dubai World Challenge for Self-Driving Transport under Pioneering Companies and Academic Institutions categories of the Challenge, which is held under the theme: Self-driving Logistics Services,” continued Bahrozyan. “Despite the challenges forced by Covid-19 worldwide, nominations for the Challenge were received from 21 entities, which amounts to 200% of the targeted number.”

“The implementation of the Safe Drive Initiative Framework by Dubai, represented by the RTA, underscores the ambitions of the Emirate in the field of Self-Driving Transport,” added Jurgens. “Partnering with forward thinking governments is critical to enabling us to co-create governance tools to enable a safer future of mobility, like the framework developed by the Safe Drive Initiative project community. This framework was developed following extensive engagement with the Forum’s industry partners, complemented by interviews with a range of governments and regulators around the world and studying parallel initiatives.”

RTA organises the Dubai World Challenge for Self-Driving Transport as a catalyst to achieve the vision to make 25% of all trips in Dubai to be smart and driverless by 2030. The Challenge is a multi-year international competition designed for industry leaders, start-ups, and academia tackling the transport challenges faced by global cities. It is the first of its kind to be truly global in its outlook and not limited by country or region. The second edition of this year’s challenge is devoted to self-driving logistics services, including ground transport and drones. The winners will be announced and honoured in an international event by October 2021.