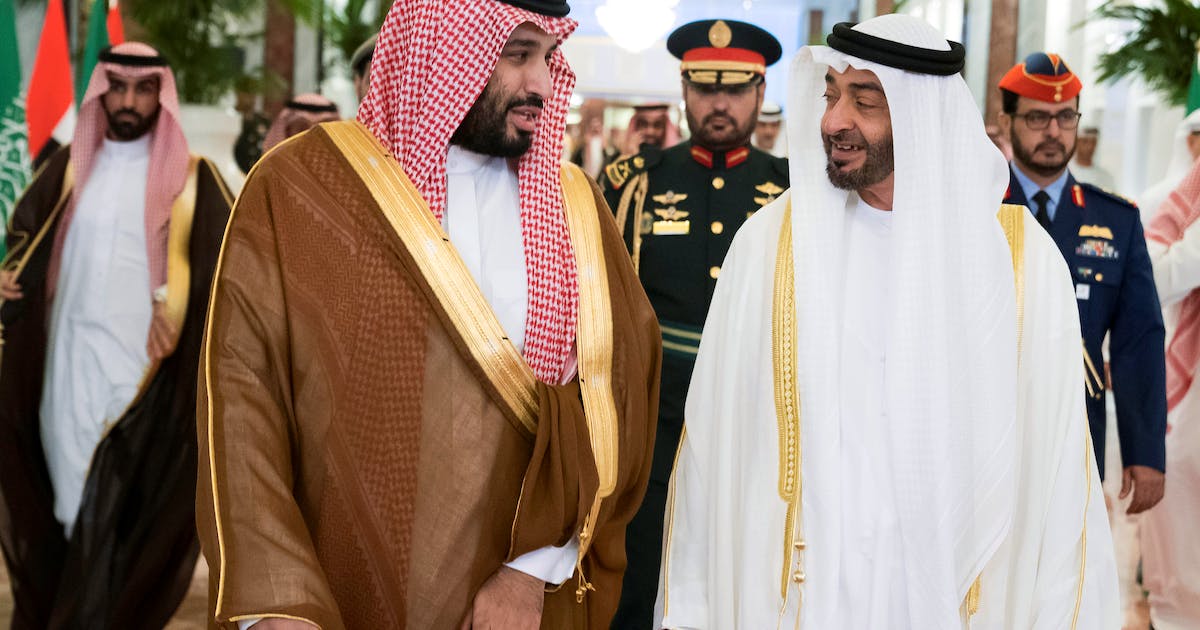 DUBAI (Reuters) – The United Arab Emirates’ de facto ruler arrived in Saudi Arabia on Monday, state media said, at a time of tensions between the two Gulf allies that led this month to an open standoff over oil policy.

A public dispute this month between Riyadh and Abu Dhabi disrupted policy setting by OPEC+, an oil producers’ group that comprises OPEC and a numver of allies. On Sunday, OPEC+ secured agreement to boost oil supplies after the two Gulf producers reached an understanding.

Analysts say increasing economic competition is laying bare differences between Saudi Arabia and the UAE as the kingdom moves to challenge its smaller neighbour’s dominance as the region’s business, trade and tourism hub.

State media did not say what the Emirati leader would do during the visit.