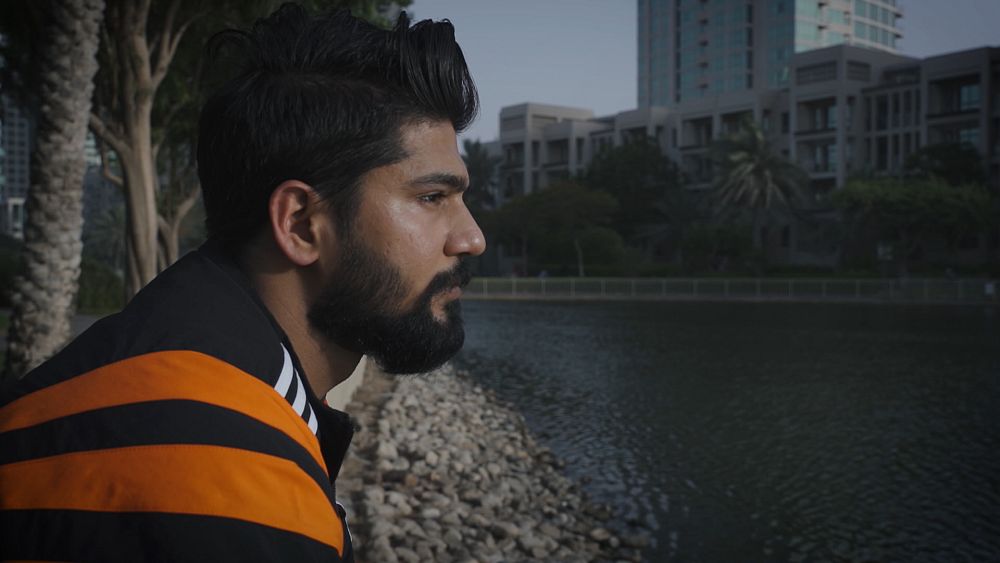 Anup Bhardwaj, otherwise known as Anzy B, is a 33-year-old dancer and choreographer.

He has worked with some renowned celebrities like Indian actors, Shah Rukh Khan, Varun Dhawan and Rani Mukherji.

However, this is not where he started his professional career. According to his mother, he has been dancing since ‘he could walk’, but he first made a name for himself by doing reality shows.

Anup is originally from India and he tells us that he met celebrities on reality shows there as “they used to come to our show to help their videos and movies”. That’s when he started dancing with them and choreographing for them.

He describes dancing with these stars as different from “normal students because you need to follow their body language because all the stars and celebrities have different body languages”.

Ten years ago, Anup moved to Dubai. He was only intending on staying for a year, but he is still there and still loving the city.

He has even opened three branches of his own dancing facilities called ‘Transformers Dance Studios’ there. You can find them in Bur Dubai, at Silicon Oasis and Barsha Heights. He hopes that in a few months he will open another.

He tells us that he was able to open these dance studios due to help from Dubai’s Public Relations Officers and economic department. “Everybody helped me a lot”, he adds.

To Anup, his dance studios are more than just about moving your body, he feels he’s “literally transforming people’s lives” especially “in terms of their mental health”.

He’s passionate about dancing, but choreography is particularly special to him “because it’s more creative work. I have tools where I can create something new”.

Anup has competed in many dance competitions, notably winning the ‘Nach Baliye 7 UAE Challenge’. In the future, he wants to continue sharing his dance expertise and give back to the next generation of dancers.