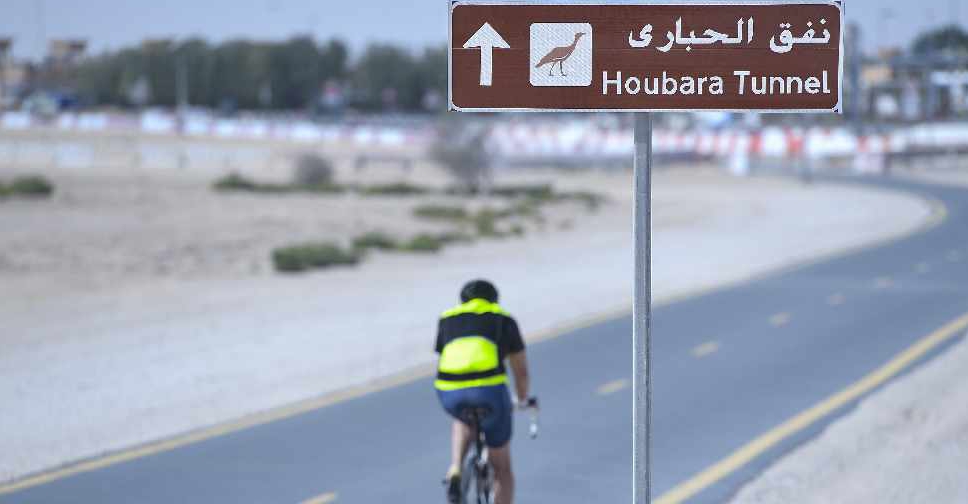 A cycling underpass on Al Qudra track in Dubai has been named in honour of the endangered houbara bustards that nest in the area.

Under the directives of His Highness Sheikh Mohammed bin Rashid Al Maktoum, Vice President and Prime Minister of the UAE and Ruler of Dubai, the underpass at Seih Assalam Road in Al Qudra, near the Last Exit Al Qudra, has been designated as ‘Houbara Tunnel’.

Houbara bustards have a special status in Emirati culture and its environment.

During a tour of construction works in 2017, His Highness Sheikh Mohammed had asked for the rerouting of the cycling underpass at Seih Assalam Road to avoid disturbing the nesting settlement of houbara bustards in the area.

Under the directives of His Highness Sheikh Mohammed bin Rashid Al Maktoum, the cycling underpass at Seih Assalam Road in Al Qudra, near the Last Exit Al Qudra, has been designated as Houbara Tunnel. pic.twitter.com/2KutPnETjL

The construction of the Houbara Tunnel also highlights another Dubai achievement – the creation of an extensive cycling track network built as part of its efforts to become one of the world’s most cycling-friendly cities.

The underpass has been constructed according to the highest technical and traffic standards to ensure the safety of bikers.

“The Houbara Tunnel constitutes part of the 135 km-long Al Qudra cycling track, one of the most important cycling tracks in Dubai. Serving Seih Assalam, Al Qudra, Global Village, and Al Barari communities, the new path provides opportunities to cycle in Dubai’s natural environment. The track is designed to enable people to cycle at various speeds,” noted His Excellency Mattar Mohammed Al Tayer, Director General and Chairman of the Board of Executive Directors of the Roads and Transport Authority.

By the end of 2020, the total length of cycling tracks constructed in Dubai was 425 km.

The RTA plans to build more cycling tracks that will increase the length of the network to 668 km by 2025.

The expansion in the cycling track network supports the Dubai 2021 vision to make the city the most preferred and safest destination for lifestyle, tourism and business.