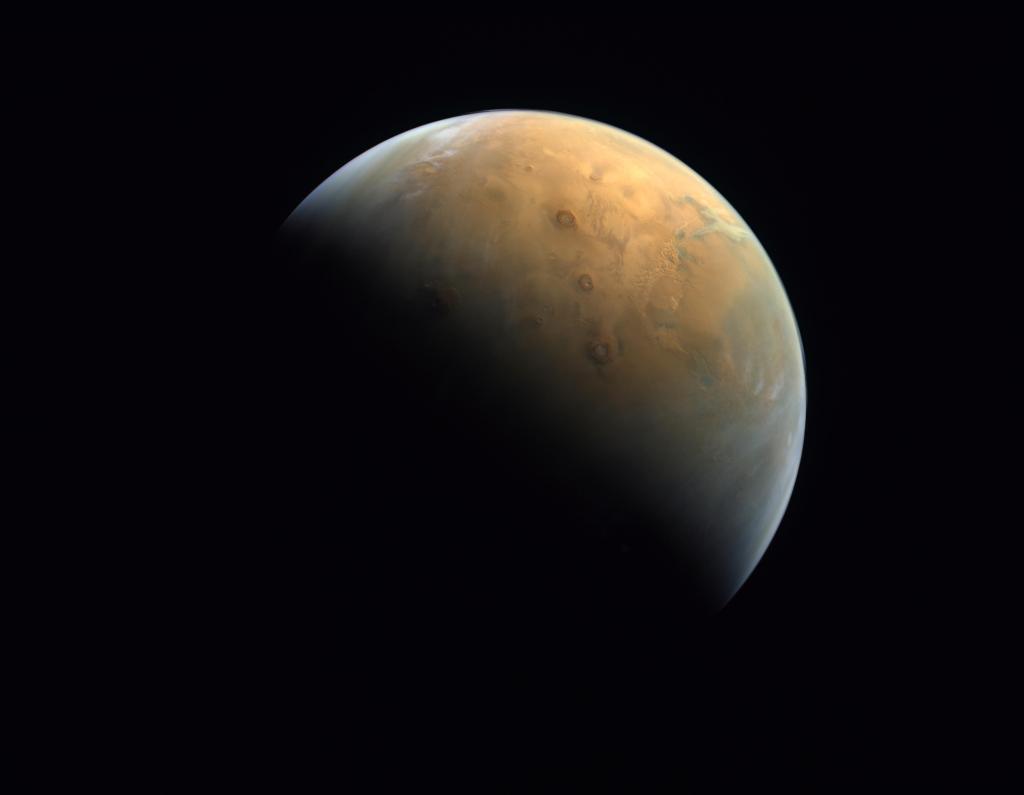 The photo comes from the Emirates eXploration Imager (EXI) aboard the “Amal,” or “Hope,” space probe.

The probe swung into orbit around Mars on Tuesday in a triumph for the Arab world’s first interplanetary mission.

Mars’ north pole is in the upper left corner of the image. And in the center is the solar system’s largest volcano, Olympus Mons, “emerging into the early morning sunlight, at the boundary of day and night.”

“Look at all the clouds,” Andrew Jones, a LASP instrument scientist for EXI, said in a CU Boulder news release. “We were expecting great things from EXI, but seeing the clouds above the limb, and in the craters and valleys took my breath away.”